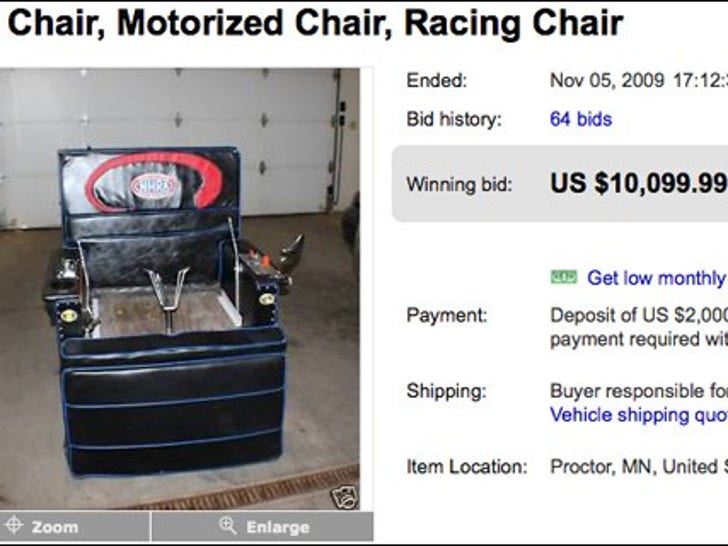 The famous DWI racing chair just sold for a respectable $10,099.99 on eBay -- but it's a far cry from the $43,000 bid that was placed on Monday ... when the La-Z-Boy corporation busted in and ruined everything. 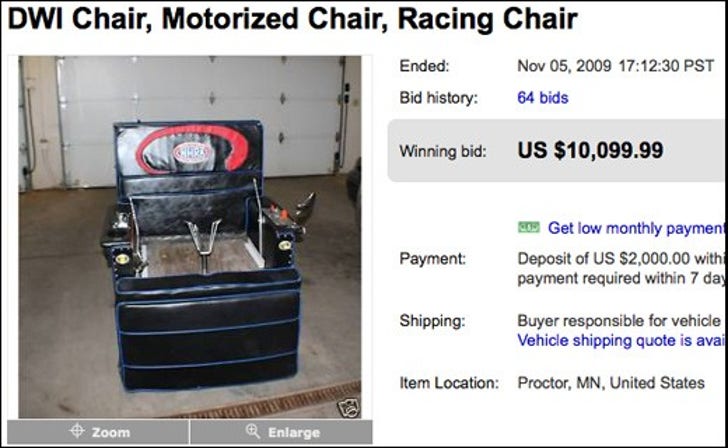 The La-Z-Boy head honchos were pissed because the incredible machine was being sold under their trademarked name -- so the company killed the Proctor Minnesota Police Department's first attempt to sell the chair earlier this week.

The chair was re-listed the day after the cancellation without the La-Z-Boy named attached -- but the damage was done ... as the bidding frenzy fizzled out last night a whopping $32,900.01 below the original highest offer.

The proceeds of the sale were going to benefit Proctor taxpayers ... so sucks for them.