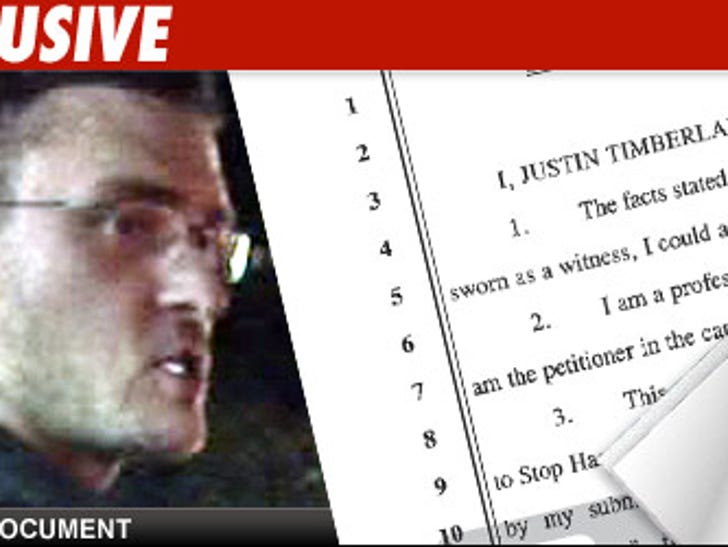 Justin Timberlake says the woman who has been harassing him has become so threatening, "I fear for my personal safety," according to the declaration Timberlake submitted to a judge today. 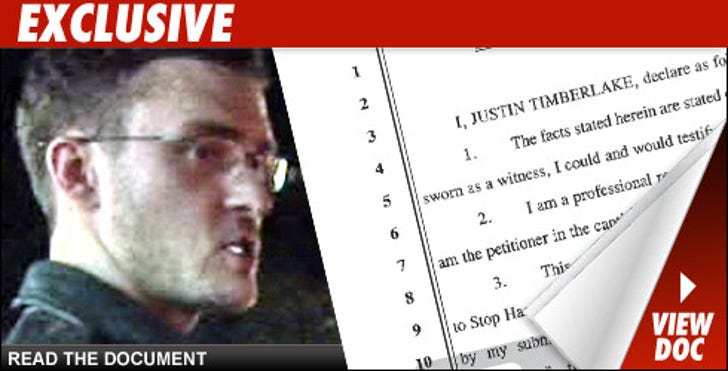 A judge had ordered JT to appear in court, but his lawyer, Marty Singer, convinced the judge the declaration should suffice. Timberlake called the conduct of the woman in question -- Karen McNeil -- "ever-increasing, aggressive and harassing."

JT says McNeil's trespassing on his property was "seriously alarming."

The judge granted a permanent restraining order, which prohibits McNeil from having any direct or indirect contact with Timberlake.