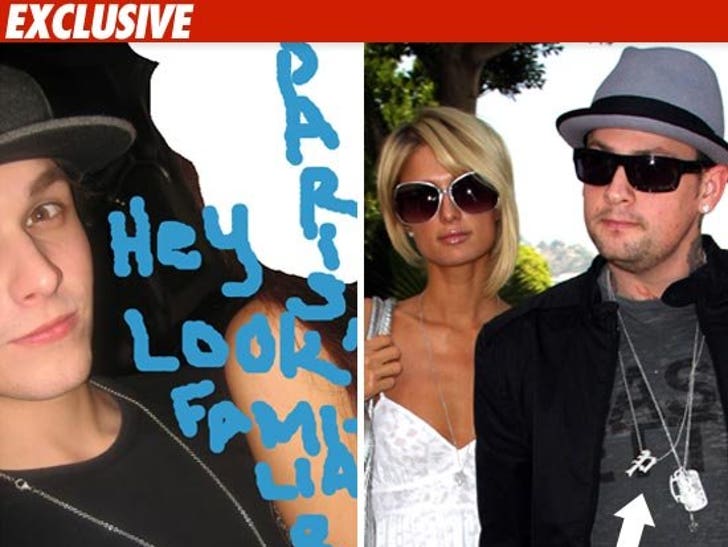 Burglar Bunch suspect Nick Prugo just won another genius award -- taking a photo of himself wearing what looks to be Paris Hilton's stolen necklace ... then taking it one step further by taunting the heiress with a few choice words.

TMZ obtained the picture Prugo took of himself while flossing a "P" necklace which looks exactly like the one Paris -- one of the Burglar Bunch victims -- bought last year when she was dating Benji Madden.

Prugo even had the stones to write the following message on the pic: "Hey Paris, look familiar?"

Funny ... Prugo can ask Paris -- who was locked up a few years ago -- the same question if he ends up getting time as well.