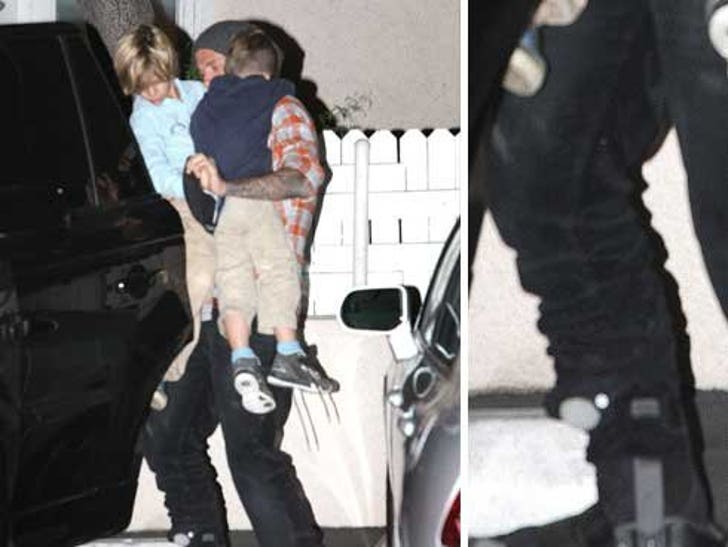 David Beckham only wore one shoe out in Los Angeles last night -- because his other billion-dollar foot was wrapped up in a medical boot.

Devastating news for the 8 L.A. Galaxy fans out there who expect Beckham -- and his powerful right foot -- to lead the soccer squad to a championship Sunday afternoon.

So far, it's unclear what's wrong with the foot ... or ankle ... but one thing's for sure -- maybe he shouldn't be carrying the kids around on it?