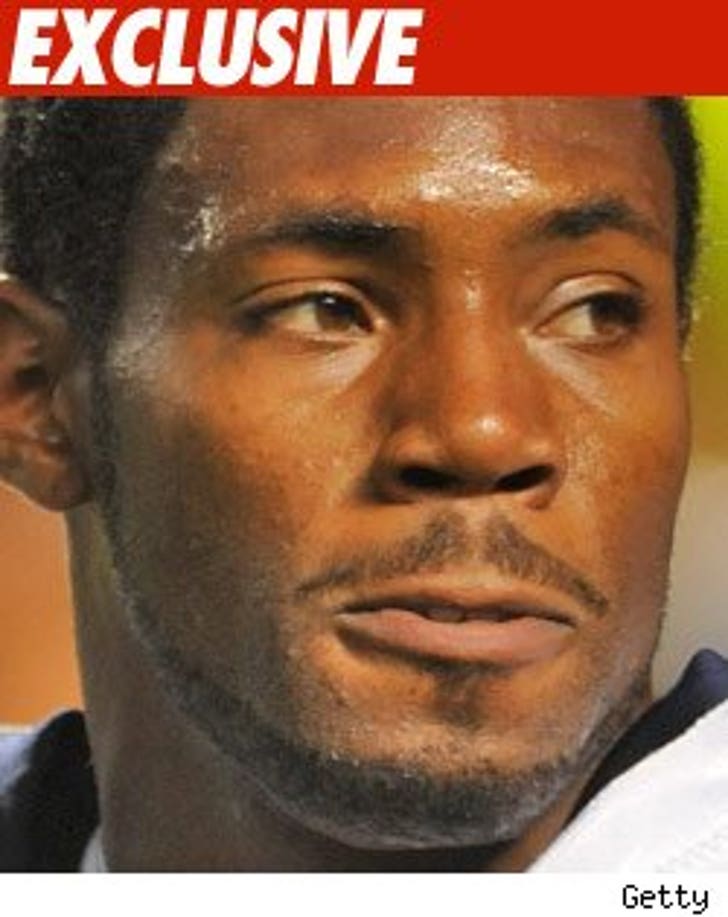 TMZ has learned San Diego Chargers star Antonio Cromartie is being investigated for assault with a deadly weapon over a bruising incident in a San Diego bar last night.

According to law enforcement sources, Cromartie -- a Pro-Bowl defensive back -- was out celebrating the Chargers win at a local San Diego bar when somebody threw a champagne bottle which hit a bystander in the head.

Witnesses claim there was champagne being sprayed back and forth between Cromartie's party and other bar patrons -- until the mood changed and someone threw a bottle.

We're told the bystander had a cut on his head -- but no ambulance was called to the scene.

Law enforcement sources tell us 25-year-old Cromartie was identified as the bottle-thrower by at least one person -- but there are conflicting stories from other witnesses.

Cromartie was essential in the Chargers' 32-3 win over the Denver Broncos yesterday, raking in a key interception in the second half.

UPDATE: Cromartie's agent, Gary Wichard, seems to be throwing Antonio's teammates under the bus, telling TMZ, "This is absolutely not a story. Antonio didn't throw the bottle. There were actually three other players involved. Antonio is at a complex working out. Again, this is not a story."

UPDATE #2: After we posted Wichard's statement, his story changed. Here is what he's telling us now: "he was there with 2 other players ... no one was involved in the fight."