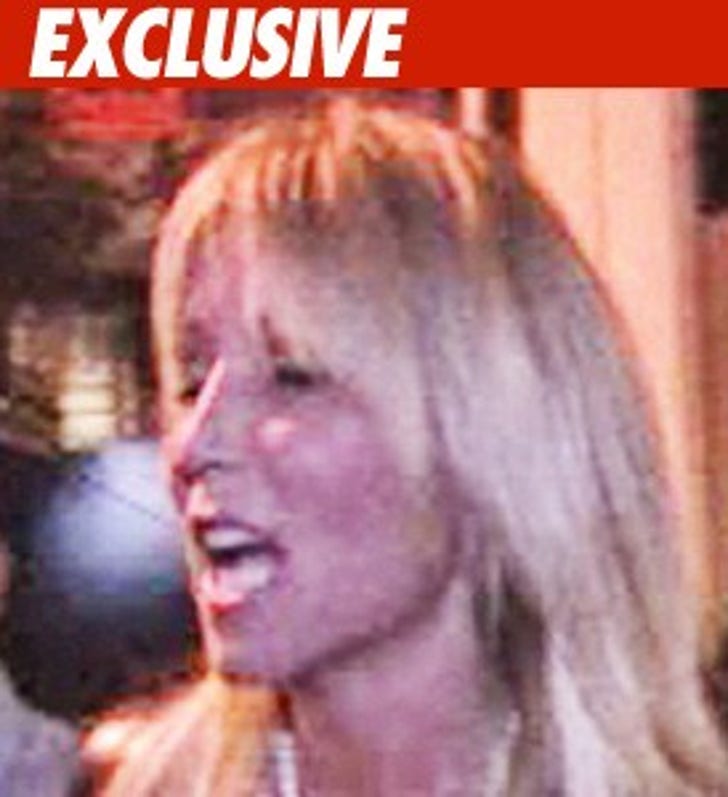 David Hasselhoff's ex-wife, Pamela Bach, had her own issues with alcohol last night -- we've learned she was arrested for DUI ... and she will probably do jail time.

According to law enforcement sources, Bach took a breathalyzer test and blew a .14 and a .13.

She was taken to Van Nuys where she was booked and released. Bach tells TMZ, "I am remorseful and mortified. I am going through a really difficult time between David being in the hospital and dealing with the divorce." By the way, the divorce was final in 2007.

Bach added that she was trying to comfort her daughters earlier in the evening, then went to dinner where she had a few drinks.

According to official documents, bail was set at $15,000. Bach said she was released on her own recognizance and will attend an AA meeting today.

Bach was busted for DUI in March, 2009, pled no contest and was placed on probation. A second DUI in California gets you mandatory jail time.

UPDATE 5:55 PM ET: We just got off the phone with Pamela. She says she's on the way to an AA meeting right now. She says her girls "love and support her."