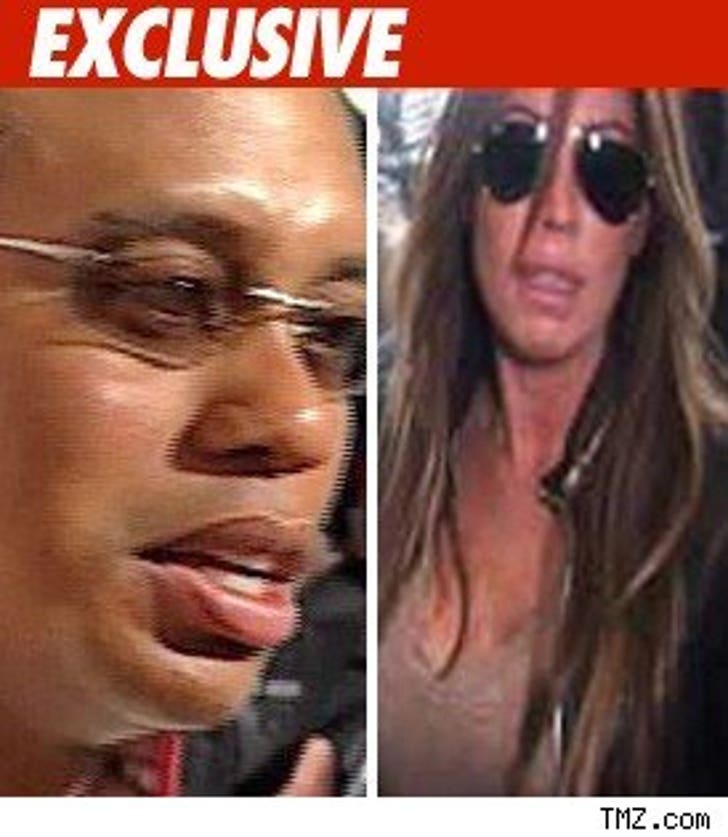 Tiger Woods' alleged mistress claims she was lying when she said she did not have an affair with Tiger Woods ... and sources tell TMZ the fight at Tiger's home the morning of the crash was triggered by a series of text messages between Tiger and the woman.

Rachel Uchitel has publicly denied she had sexual relations with Tiger Woods, but we've learned she has said she did indeed have an affair with the golfer. And, we're told it was her -- not Jaimee Grubbs -- who caused an argument between Tiger and his wife, Elin Nordegren, that immediately preceded Tiger's SUV crash.

Sources say less than an hour before Tiger's accident, Rachel and Tiger were texting each other. Elin confronted Tiger and asked whom he was texting. She grabbed the phone and we're told she called Rachel to confront her. According to sources, Tiger and Elin began arguing and the phone broke in the process.

We're also told there was damage as a result of the altercation in the vestibule area of Tiger Woods' home -- damage that cannot be easily repaired, and that is why Tiger would not let police come in.

Uchitel's lawyer, Gloria Allred, will hold a news conference today at 11:30 AM PT with Uchitel present.