MTV will not air the scene in "Jersey Shore" in which a drunken idiot coldcocks a female cast-member and knocks her out. 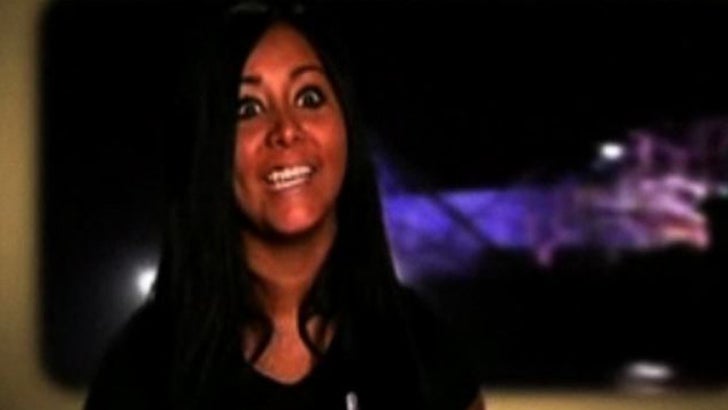 MTV told E!'s Marc Malkin the network consulted with experts (we're guessing Chris Brown) and decided the footage should be 86'd from the show.

The scene, which shows New York gym teacher Dan Ferro clocking Nicole "Snooki" Polizzi, was used in the MTV promo and then made the rounds.

MTV told Malkin the scene "has been taken out of context not to show the severity of this act or resulting consequences."

As for resulting consequences, Ferro was arrested, pled guilty and placed on probation.