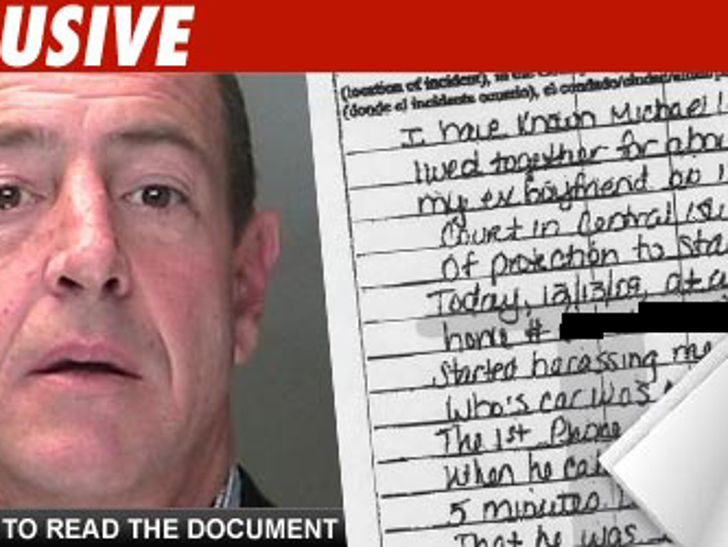 Michael Lohan's ex-girlfriend fears Lindsay Lohan's dad "will do bad things to me and my family" -- this, after Michael allegedly called her in a jealous fit. 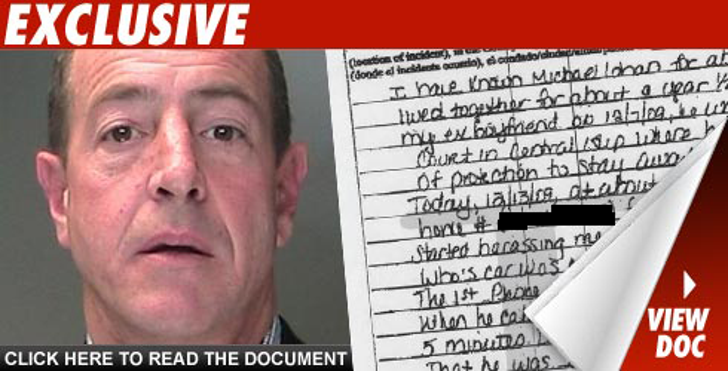 According to the police report obtained by TMZ, Erin Muller claims Michael first called her at 11:30 AM on Sunday and "started harassing me, questioning me who I have 'been with, who's car was currently in my drive way,' things like that."

Erin told Suffolk County Police the first call lasted two minutes and the second lasted five -- and that she recorded both conversations. Pretty ironic and sweet, given Michael's penchant for secretly recording calls.

In the report, Erin also told cops, "I want him arrested." She got her wish -- he was busted yesterday and charged with criminal contempt of court.

But Michael claims Erin's lying -- that she actually called him ... and her claims are "fabricated."