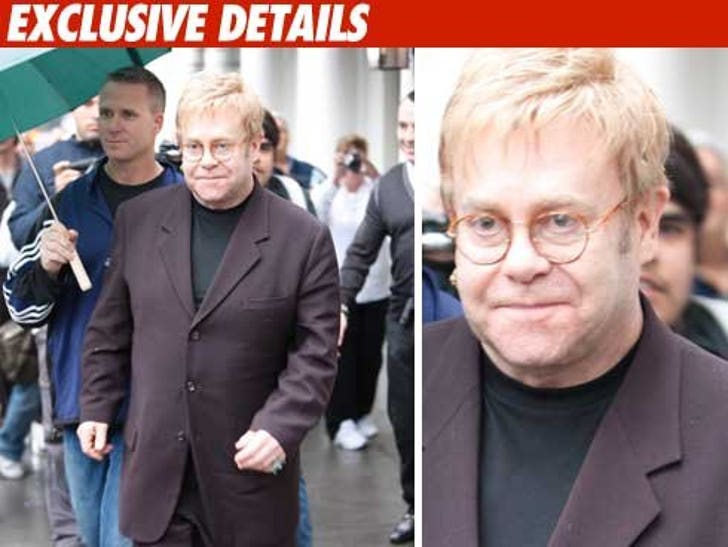 Elton John trudged through the rain and the foot traffic in Beverly Hills Wednesday -- all in the name of fine linen pants.

Several fans approached Elton while he was inside -- and he happily took photos. But we're told security had to usher the singer back to his car when the fans became a little overwhelming.

Elton and his linen emerged unscathed.