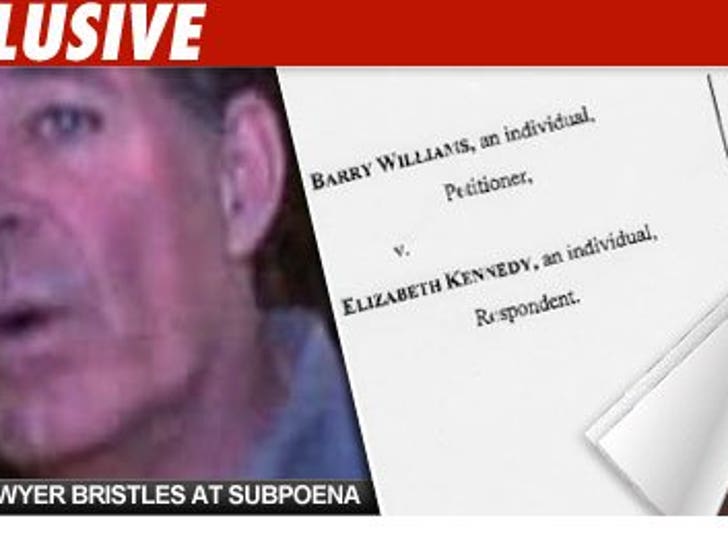 Barry Williams -- "The Brady Bunch" star who wanted a restraining order against his ex -- wined, dined and seduced her, according to ex-GF Elizabeth Kennedy. Now, Kennedy says, Williams is just a whiner.

In papers filed in L.A. County Superior Court, Kennedy denies ever threatening to kill Williams or herself -- in fact, she says she was not a threat whatsoever.

So why, you ask, would Williams make such a claim? Kennedy says it's sour grapes because Williams is pissed because she's hired a lawyer to file a palimony suit against him.

Williams claims Kennedy pulled a knife on him and threatened suicide after losing a beauty contest. She denies it.

Today both parties were supposed to show for a hearing on the restraining order, but it appears a deal may have been struck because neither party showed and the case was dismissed.