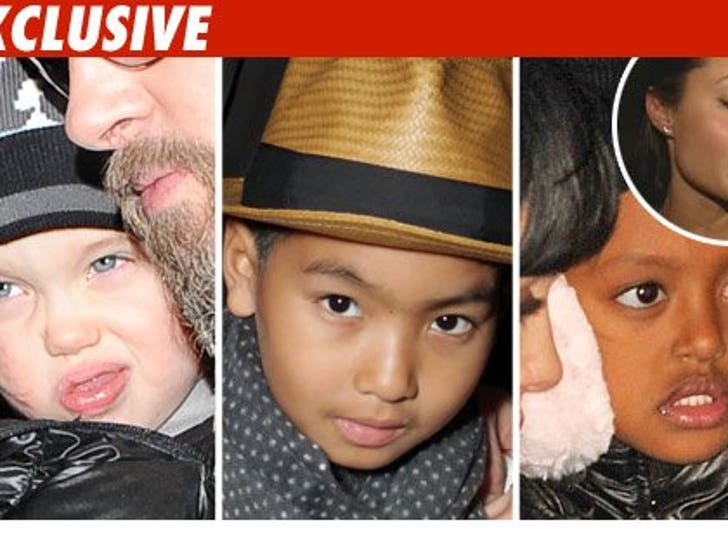 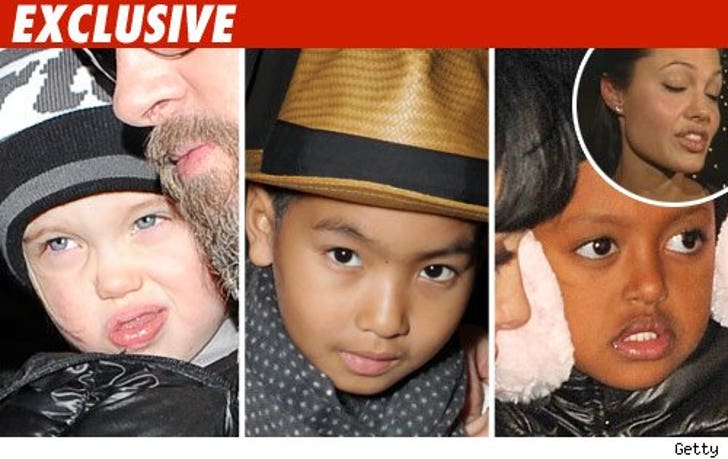 The estate for Angie's mom -- the late actress Marcheline Bertrand -- has finally been divvied up after her death in 2007, and it spells $$$ for three bouncing Jolie-Pitts.

According to documents filed in L.A. Superior Court last week -- Maddox, Zahara, and Shiloh were each left $100,000 in a shiny new trust fund, but here's the catch: they can't touch it 'til they turn 25.

Bad news for Pax and the twins though -- Grandma's will was last updated in 2006, before any of them came into the picture ... so they lose out. But we think they'll be ok.