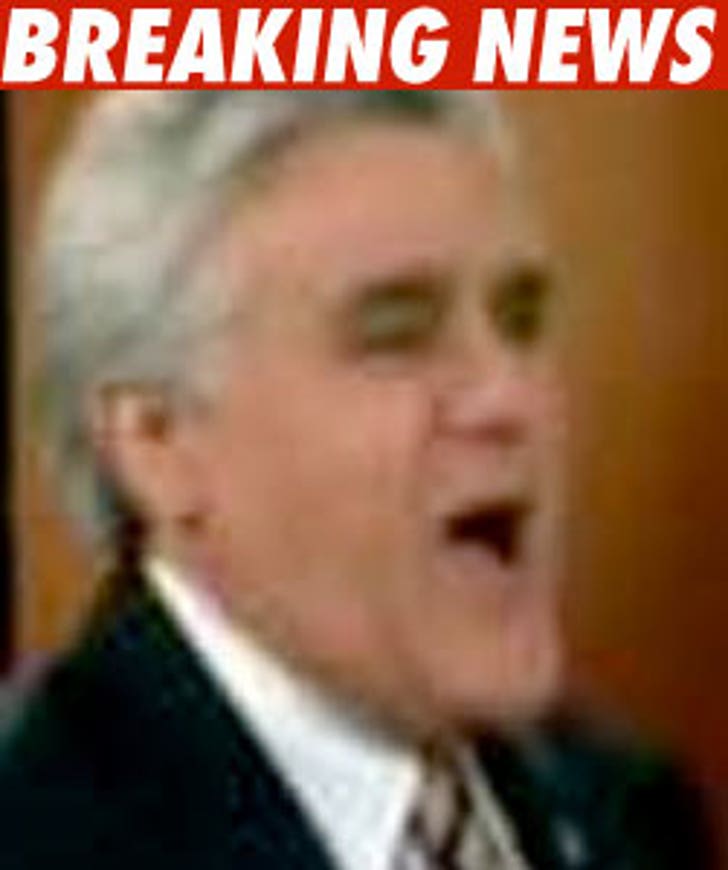 NBC has just confirmed the TMZ story that Jay Leno's 10 PM show is going off the air next month when the Olympics begin.

And as we also reported, after the Olympics, Leno will take over Conan O'Brien's time slot -- at least for the first half hour.

NBC chairman Jeff Gaspin added that he wants to push Conan and Jimmy Fallon back an hour so things will go back to the way they were -- with Jay controlling 11:35 to 12:35 .... but that's not a done deal.

Gaspin claimed that he's already met with both Conan and Fallon to discuss the changes -- and shockingly, they weren't pissed.

Gaspin says both men were professional and understanding.