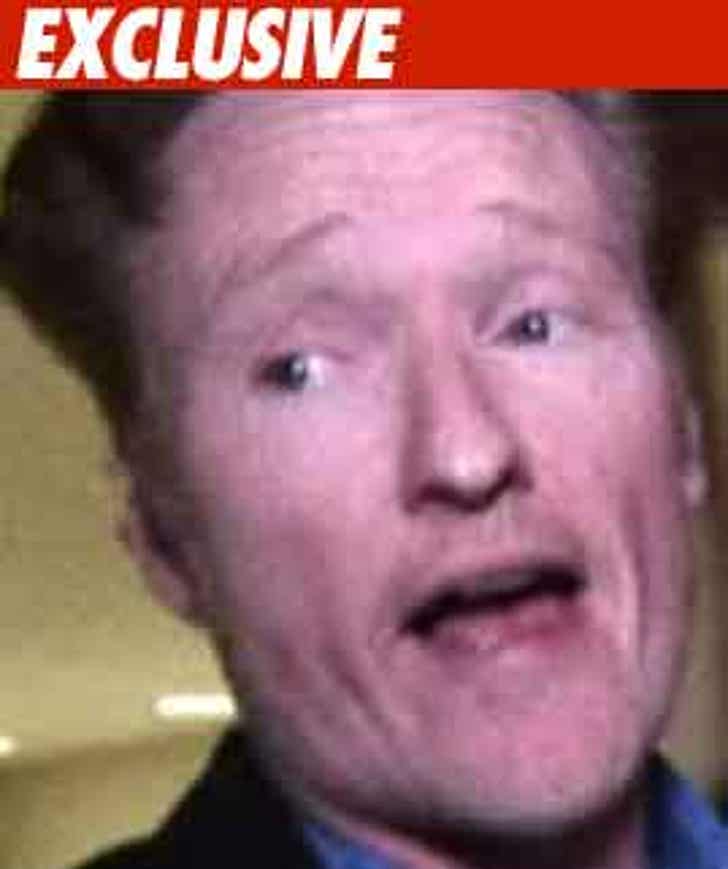 The hang-up with the Conan O'Brien/NBC severance deal is over the provision prohibiting Conan from trashing NBC ... but we're told by sources on both sides ... a settlement should be reached today.

Our sources say lawyers for both sides are squabbling over how long Conan is prohibited from saying bad things about NBC.

And, we're told, Conan is griping about the amount of severance NBC is paying his staff. Wait'll you hear this...

As we first reported, Conan will get $32.5 million for his troubles. We reported that the rest of the staff will get around $7.5 million. But we now know someone was not included in the $7.5 million figure.

Sources say the Executive Producer of "The Tonight Show" -- Jeff Ross -- will pull in $4.5 million in severance. So the total for staff -- including Ross -- is $12 million.

We're told Conan's lawyers want $600,000 added to the staff's severance pot but NBC is balking. Network sources say it's such a small amount that Conan is really just posturing to make himself look good.

One more thing. The way NBC is viewing the whole thing ... the network believes it can make $40 million in profits off of Leno the first year he's back and that they would lose $5 mil on Conan if he stayed. So NBC views the whole Conan buyout as a net savings.