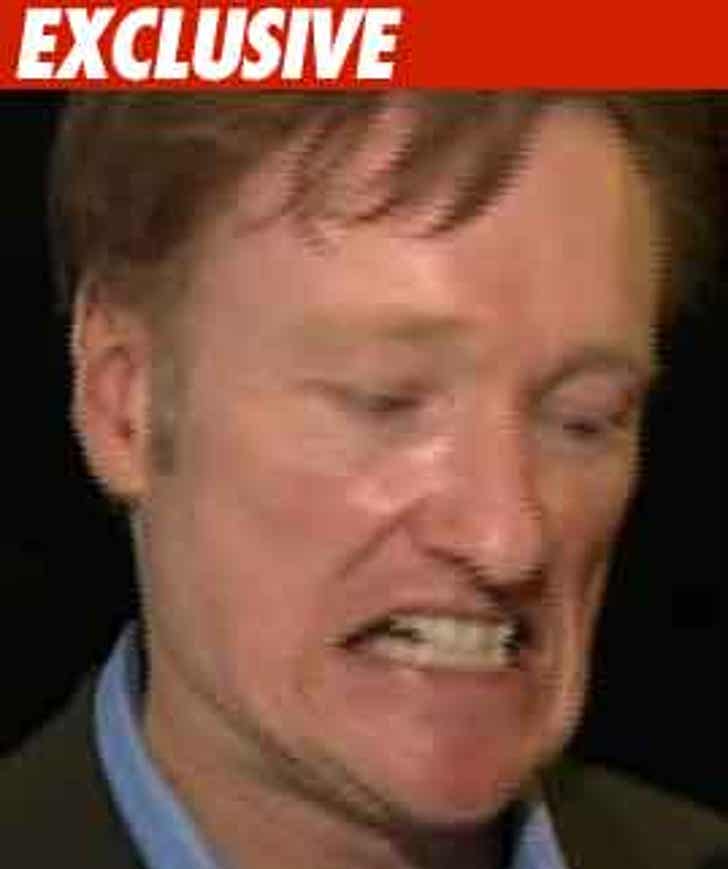 Conan O'Brien can get a whole lot of money from NBC as a parting gift, but there will be strings attached -- not the least of which ... Conan cannot trash the network.

Sources tell us NBC wants a liquidated damages clause if Conan says anything disparaging about the network once he leaves. Essentially that means there is a clause in the contract that says Conan will automatically pay a predetermined amount of money if he says bad things about NBC.

And, as we have previously reported, NBC will demand that Conan not take another hosting job for a certain period of time.

Sources say NBC will be paying Conan a hefty sum, but that will be offset by any amount Conan makes for his next hosting gig. So if Conan makes a deal with FOX, NBC can reduce the amount it pays Conan by the amount FOX forks over.

FYI -- we've learned Conan's existing contract already has an offset clause in the event he leaves NBC and takes another job.

Bottom line -- Conan won't be taking NBC to the cleaners.