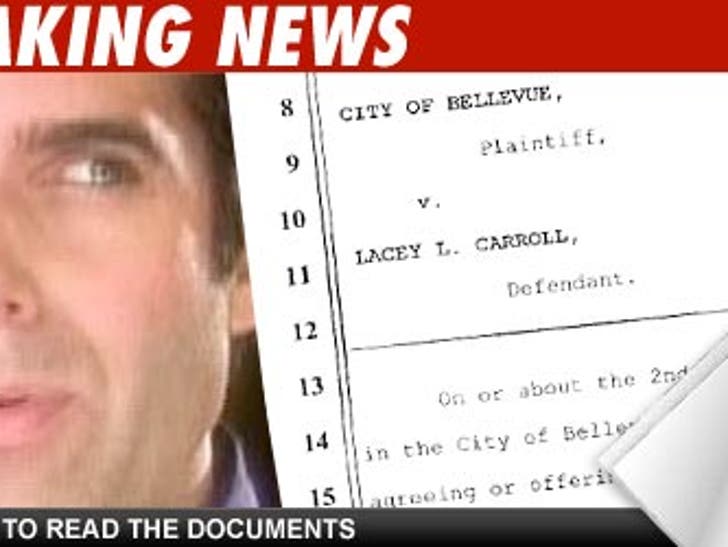 The woman who accused David Copperfield of sexually assaulting her has just been indicted on charges of making a false statement to a public servant and prostitution.

The woman -- Lacey Carroll -- claimed Copperfield raped her on his private island back in 2007. Federal prosecutors pulled the plug on the investigation two weeks ago after her credibility was called into serious question.

Now the Bellevue City Prosecutor's Office in Washington filed charges against her in connection with a December 2, 2009 incident involving another man. Authorities say Carroll met the man in a bar and went to his hotel room. As they began having sex she allegedly told him, "Put $2,000 in my purse and you can have it all." The man says when he refused to fork over the money, she told police he had forced himself upon her.

Shortly after making the report, she refused to cooperate, claiming she had another case going (Copperfield) and felt the new claim would "tarnish the other case."

Authorities didn't believe her and charged her with filing a false police report and prostitution.

David Copperfield's attorney, Patty Eakes, says, "These developments vindicate Mr. Copperfield and confirm what he has said all along -- this woman tried to extort money from him by making a false claim."