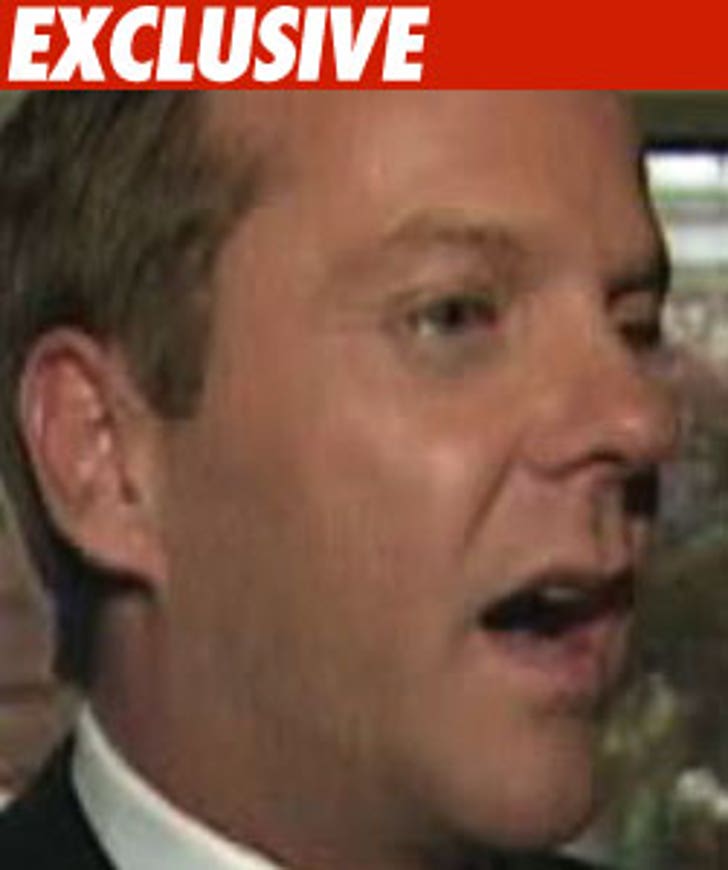 Kiefer Sutherland's cow deal gone bad is more diabolical than first thought -- authorities in California believe the "24" star was the target of a sinister con man who trapped Kiefer in an elaborate Ponzi scheme.

Before Kiefer was allegedly ripped off to the tune of $869,000 -- Sutherland actually profited more than $100,000 in a previous deal with the suspect -- a deal that, cops say, was made to bait Kiefer into dropping the mother lode.

According to court documents, obtained by TMZ, Kiefer fronted the suspect -- Michael Wayne Carr -- $550,000 for a cattle deal in 2006 in which Carr claimed he would buy cattle in Mexico and sell them in the U.S. for a profit.

Just a few months later, Kiefer claims Carr approached his financial advisers with a similar deal -- one that required an $869,000 investment.

Kiefer -- who claims he has never met or even spoken with Carr -- told authorities his financial team vetted and approved the deal ... so he was happy to fork over the cash. Kiefer says he never saw a single cent.

According to the court docs, Carr later admitted that he "doctored" the paperwork to dupe Kiefer's financial team into signing off on the deal. Investigators claim Carr also said that he used the money to pay off a huge bank debt.

Carr -- who also allegedly ran the scam on several other investors -- is charged with 12 felonies, including grand theft and embezzlement.