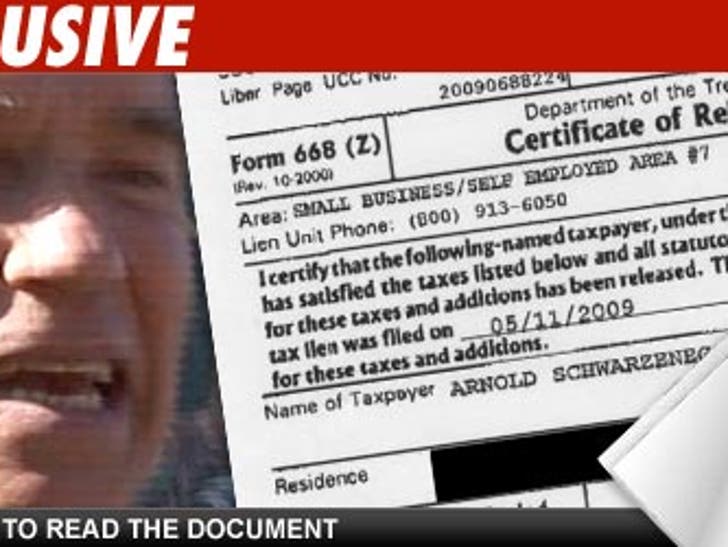 That tax lien against Arnold Schwarzenegger -- consider it terminated.

According to documents filed last week in L.A. County Superior Court, the Governator has settled his tax issues with the government -- and the $79,064 lien against him is no longer in play.

Arnold's rep previously stated that the Guv was unaware of any problems with the IRS and insisted the whole thing was a misunderstanding.

It's unclear if Arnold ended up paying the lien or had it dismissed -- what is clear is that he's no longer in debt to Uncle Sam.

Arnold's people put out a statement saying the tax lien was the fault of a computer glitch.