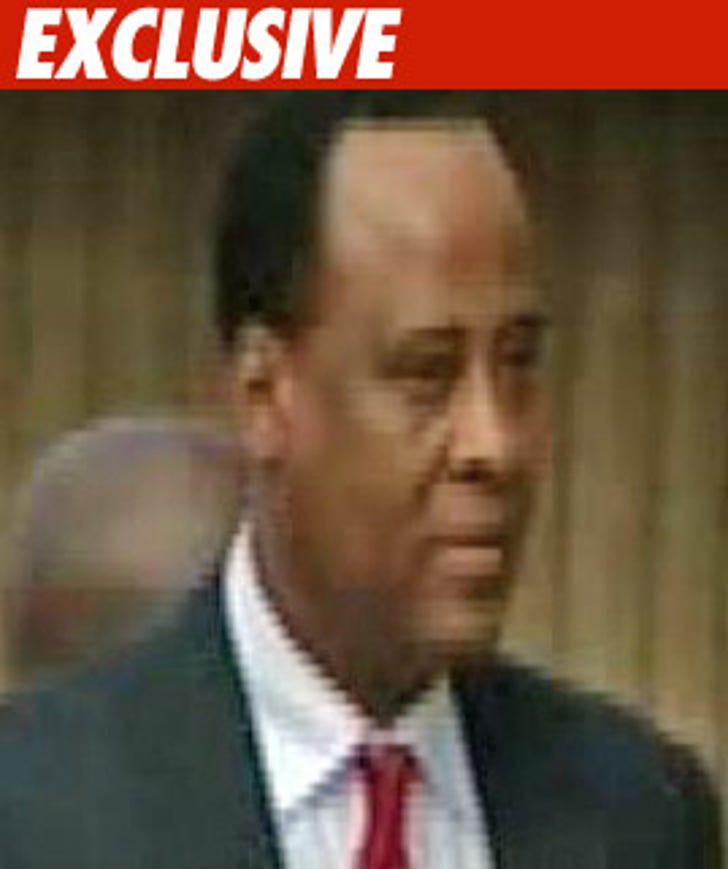 Dr. Conrad Murray will walk into court on his own free will Monday and face the judge after being charged with involuntary manslaughter in the death of Michael Jackson ... law enforcement sources tell TMZ.

Our sources say counsel for Murray spoke by phone with members of the L.A. County District Attorney's Office this morning and the D.A. agreed Dr. Murray could surrender without being arrested.

Unless the LAPD intervenes on its own and hooks Dr. Murray up, we're told he'll show up in court with a bail bondsman on Monday. We're also told the recommended bail will be $25,000, which will be posted on the spot.

Sources also tell TMZ the arraignment will take place at 1:30 PM on Monday.

The judge will order Dr. Murray to go to an LAPD station for booking. It's unclear how long Murray will have to appear at the station.