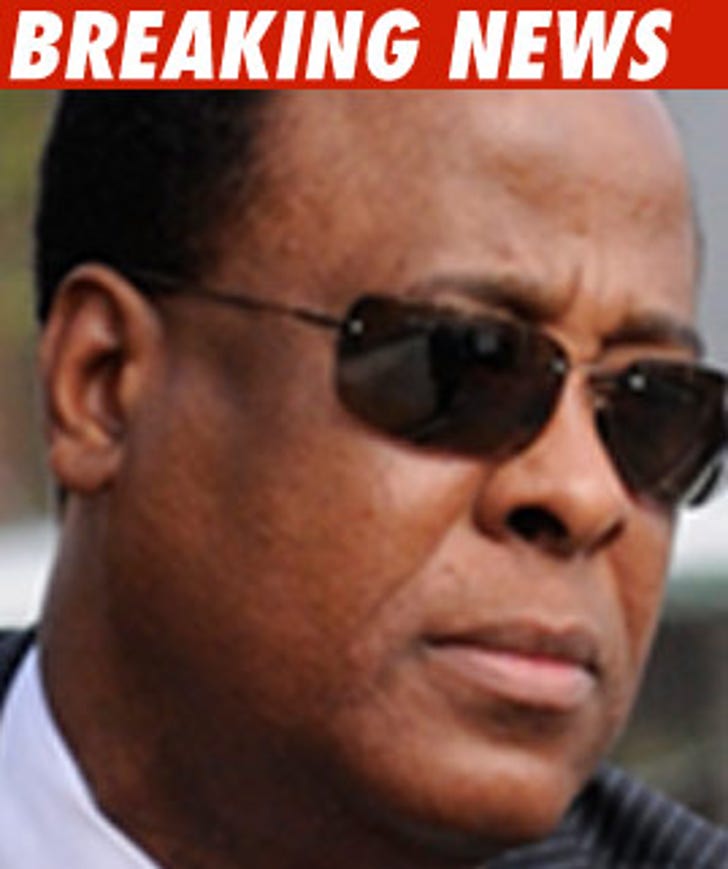 Conrad Murray's people just told TMZ they are ticked off that they are caught in the middle of a tug of war between the LAPD and the L.A. County D.A. -- and they will show up in court at 1:30 PM today to surrender ... whether charges are filed or not.

As we first reported, a feud is raging between the LAPD and the D.A. -- the D.A. wants Murray to surrender and the LAPD wants him arrested before coming to court ... on charges of involuntary manslaughter in the death of Michael Jackson.

We reported last night that things were so bad between the two agencies that the D.A. pulled the plug on today's arraignment.

But Miranda Sevcik, the rep for Dr. Murray's lawyer Ed Chernoff, tells TMZ "We are stuck in the middle of something we can't control." Sevcik, who called the feuding "insane," says "Dr. Murray will wait for a call as to where and when he will surrender" and adds if the call doesn't come he will show up anyway at 1:30 PM.

The problem for Dr. Murray -- if the D.A. doesn't file charges this morning, there's nothing to surrender to...