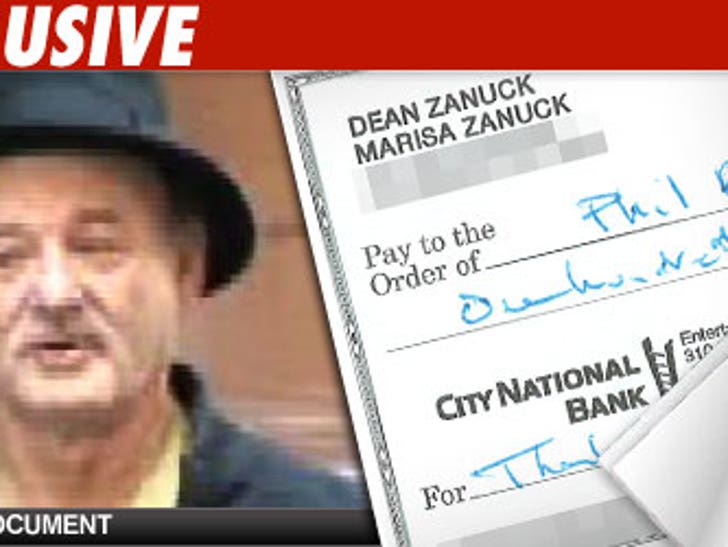 Bill Murray took a chauffeur on one helluva ride at the Sundance Film Festival last month when he didn't have enough cash to pay his fare -- but this story has a happy ending ... it just took a few days to develop.

It all went down on January 23rd, when Murray racked up a $200 tab for several hours of car service. When the driver tried to collect -- Murray handed over a credit card ... unfortunately, the driver only took cash.

Murray pulled out his wallet and forked over what he had -- $73 bucks -- and promised to send the rest in the mail ... hold your breath, right!?

But according to the driver, Bill delivered -- 'cause the producers of Murray's new movie sent a check to the guy for the remainder of the fare ... plus a $23 tip!