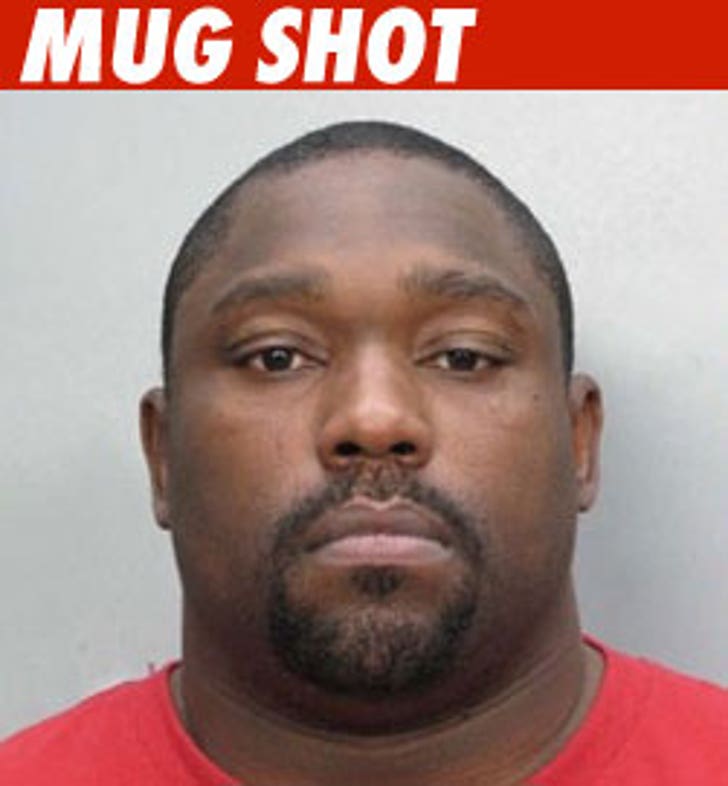 Former NFL star Warren Sapp was arrested by Miami Beach police this afternoon and charged with misdemeanor domestic battery stemming from an allegedly violent confrontation with his girlfriend.

According to the Miami Beach Police Department, Sapp is accused of attacking his girlfriend of two years at around 5:00 AM Saturday at the Shore Club Hotel.

According to the arrest report, the alleged victim had "a swollen right knee and bruises on the back of her neck."

She claims Sapp allowed her to sleep in his hotel room -- then came into the room early in the morning and pulled her out of bed. The alleged victim says they began arguing about guys she was hanging out with earlier Friday night.

Sapp's girlfriend told cops that during the argument Sapp "grabbed her and began to choke her." He eventually threw her out of the room, she claims.

When cops spoke to Sapp, he told them he had allowed the woman to stay in his room -- but later on decided he wanted her to leave because "he was expecting company." He told police he was trying to help her and she fell.

Sapp is in Miami for the Super Bowl and serves as an analyst for the NFL Network and on Showtime's "Inside the NFL."

The NFL Network released a statement saying they were aware of the incident and that Sapp will not appear on the NFL Network until they review the matter.

Sapp is scheduled to co-host an event at BED Miami tonight. They tell us they haven't heard about the incident and, as of now, everything is still a go.