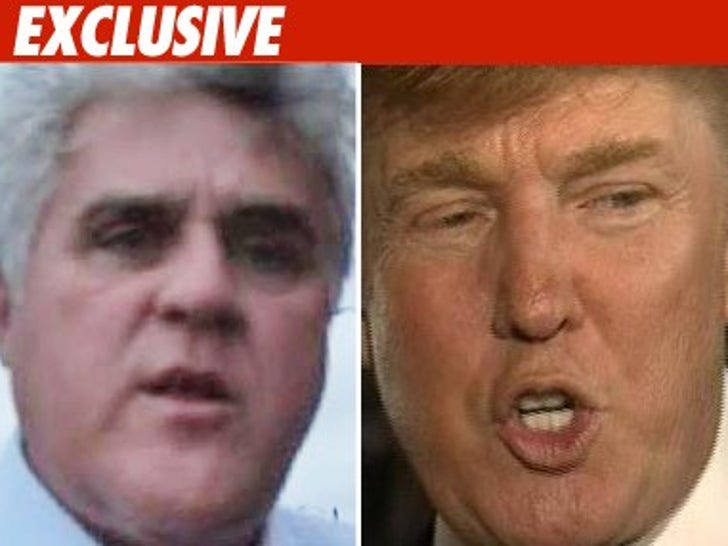 Jay Leno just permanently turned off the lights to his primetime NBC talk show -- but not before Donald Trump stepped in to officially fire his ass. 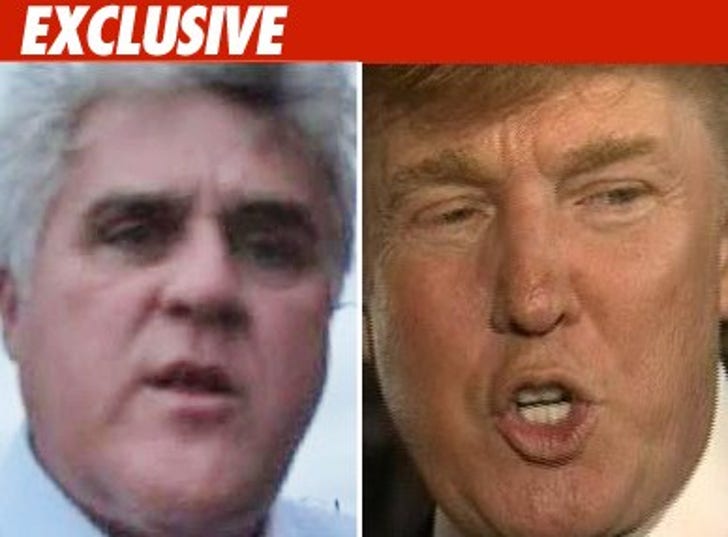 TMZ infiltrated the taping of the final "Jay Leno Show" -- where just moments ago, Jay was doing a satellite bit with Donald Trump. At the end of the bit, His Hairness sent Jay on his way the only way he knows how -- "You're Fired!"

We're told everyone laughed -- including Jay.