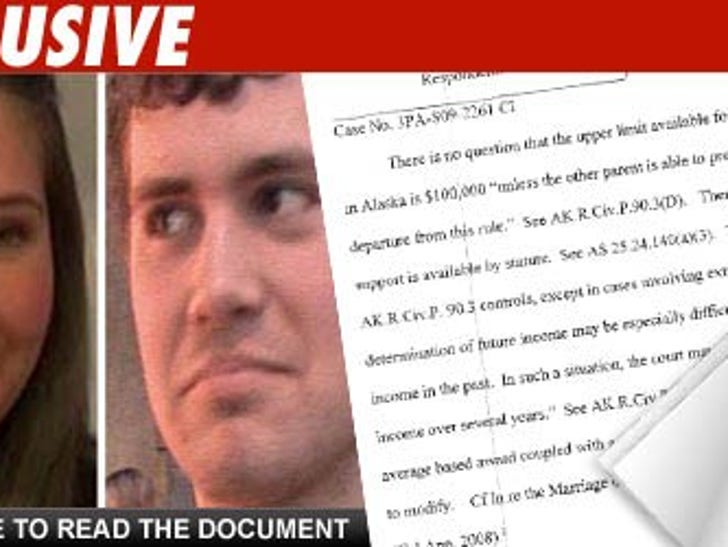 Levi Johnston has just fired back at his baby mama, Bristol Palin, and unlike grandma Sarah Palin, Levi didn't need to write crib notes on his hand.

In the legal docs, Johnston agrees to pay 20% of his adjusted 2009 income -- though he doesn't say exactly how much he made. He also agrees to file quarterly income reports. In his declaration, Levi says in 2010, his only contractual guarantee for income is $25,000 plus "some contingencies based on my Playgirl shoot." He says he doesn't see how it's possible to pay $1,750 a month in child support.

And there's this. According to the docs, "Levi Johnston stands before this court as a 19-year-old with good hopeful for an entertainment career but the chances of increased income are as unknowable as it would be for any young person working his way into the entertainment industry: not particularly good."