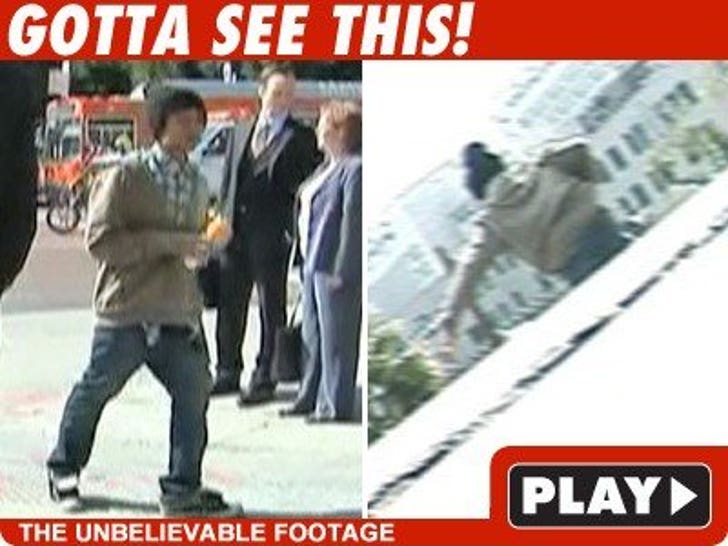 This footage is frickin' insane!!! 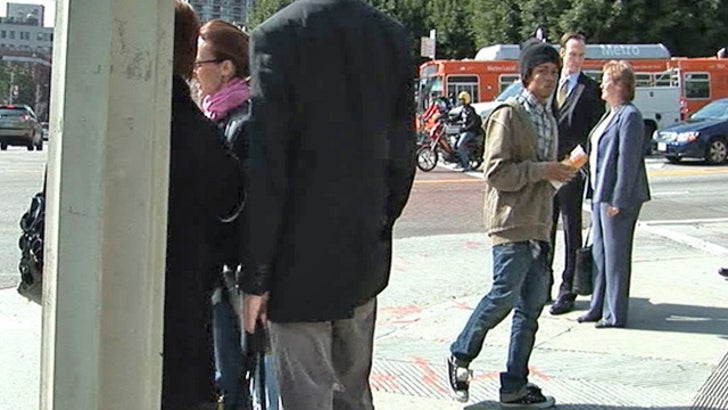 Some dude with a pair of brass cojones pulled a classic snatch-and-grab on a TMZ camera Thursday -- and it all went down right in front of an L.A. courthouse!!!

Our camera guy was shooting Dennis Hopper's lawyer when some crook snuck up from behind and yanked the camera right out of our guy's hand while the camera was rolling.

The camera recorded the whole thing as the scumbag went sprinting through a parking lot ... and ultimately ran right into another TMZ cameraman.

The perp panicked and put down the camera but continued to book it down the street on foot until he was long gone.

The whole thing was insane -- but if you recognize ol' Shifty Stickyfingers over there, call the police, stat.