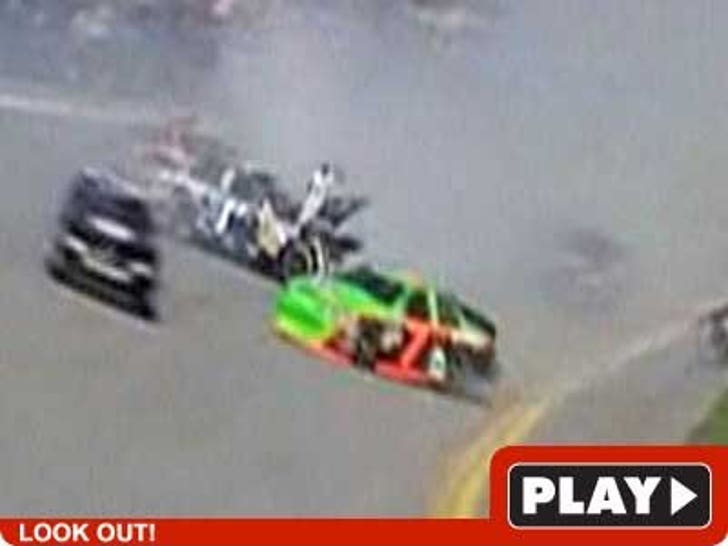 Race car hottie Danica Patrick made her NASCAR Nationwide Series debut today, but she didn't make it to the checkered flag -- a wreck on lap 68 knocked her out of the race. 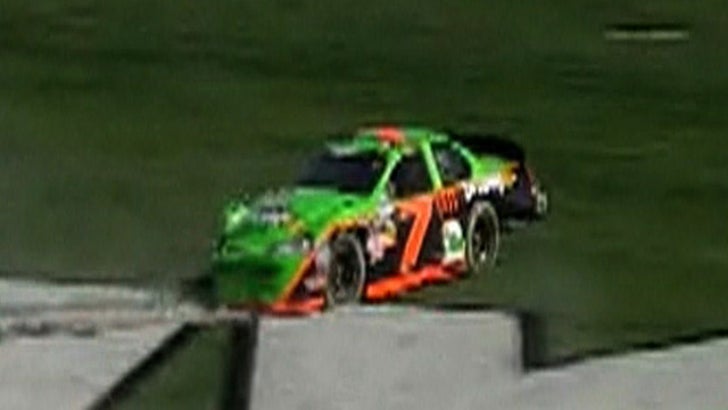 Patrick's green #7 got caught in a pileup coming out of turn four at Daytona International Speedway, and she couldn't avoid the wreckage in front of her.

At least she got her first Daytona wreck out of the way.

And at least she's still hot.