We were live in the L.A. courtroom where Audrina Patridge's alleged stalker was being arraigned a few moments ago ... when the guy suddenly started flipping the bird and making obscene gestures! 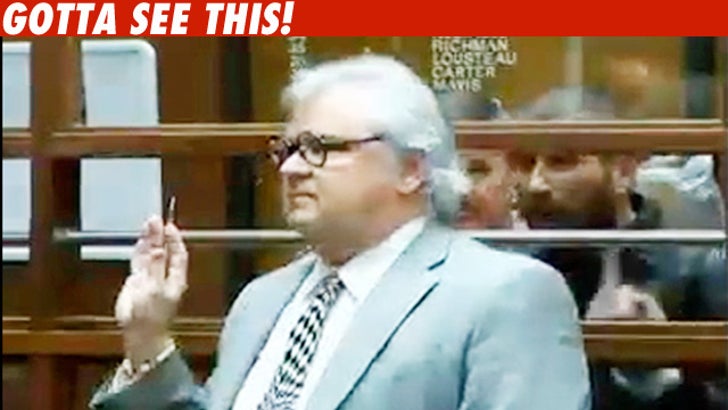 In the video, you can hear Zachary Loring -- who was facing a felony stalking charge and three misdemeanors -- yelling at the judge that he wanted to plead guilty ... but his lawyer officially entered a not guilty plea for him.

Loring also said something about doughnuts covered in bacon and sprinkles and how the hearing was a waste of his time.

Also, a five year protective order was granted for Audrina and her family.

As we first reported, Loring was arrested outside of Audrina's home last week, after he allegedly showed up and started knocking on her door and ringing the doorbell ... a violation of the permanent restraining order Audrina was granted against him last year.