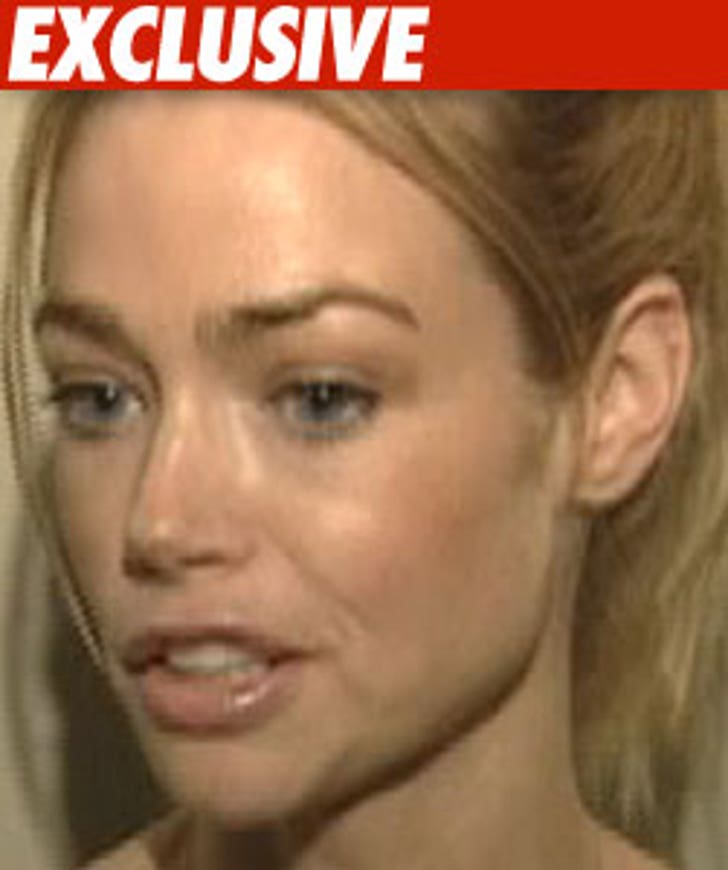 The D.A. in Aspen may call Charlie Sheen's ex-wife, Denise Richards, to testify about an alleged incident that is eerily similar to the allegations of his current wife, Brooke Mueller.

We're told the Pitkin County D.A. has had law enforcement in L.A. County contact Richard's agent and lawyer, about Denise possibly testifying in Charlie Sheen's criminal case in Aspen. Specifically, sources tell us the D.A. is interested in a declaration Denise signed under penalty of perjury in 2005, when she got a restraining order against the "Two and a Half Men" star.

Richards claimed on December 30, 2005, in the middle of an argument, she was holding their daughter Lola, when Charlie "pushed me, shoving me with his two hands between my shoulders. I was forced backwards and tripped over one of the children's toys and fell on the floor with Lola."

According to the declaration, Charlie then pointed his finger at her and screamed, "I hope you f--king die, bitch." Richards says as Charlie was walking out the front door he said "he was going to have me killed. He said you are f--king with the wrong guy."

Charlie Sheen denied the allegations at the time.

We're told Richards will cooperate, but only if she's forced to do so by subpoena.