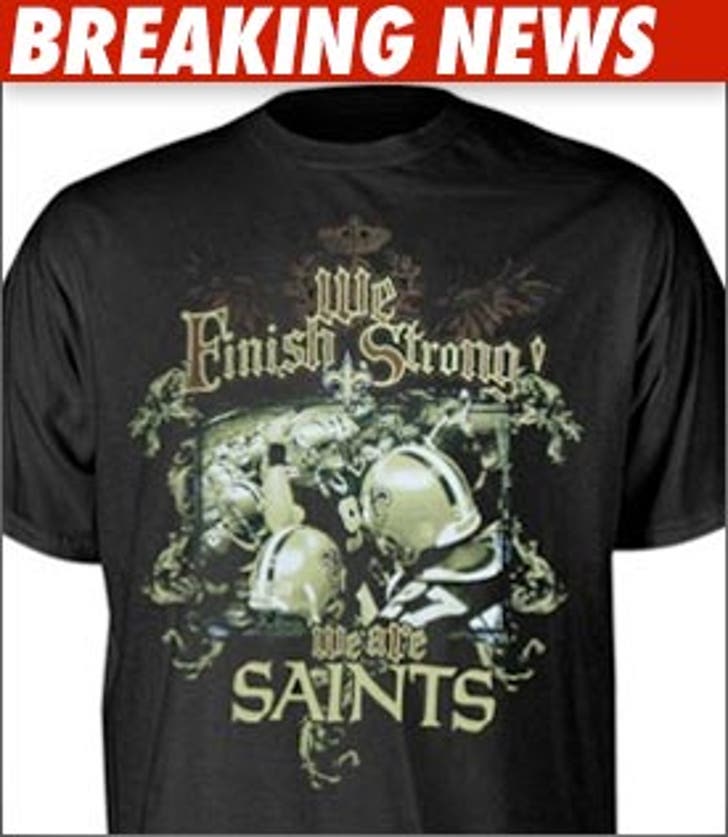 New Orleans Saints quarterback Drew Brees is named in a brand new lawsuit, all centered around the motivational phrase he used to propel his team to win the Super Bowl -- "Finish Strong."

After the Saints won the big game, Reebok began making shirts featuring the catchphrase -- problem is, another clothing company claims they already own the trademark to those words.

Now, Finish Strong is going after Reebok -- claiming they violated their trademark ... and they want the judge to make Reebok fork over every cent they made off the "Finish Strong" slogan.

Calls to Reebok were not returned.