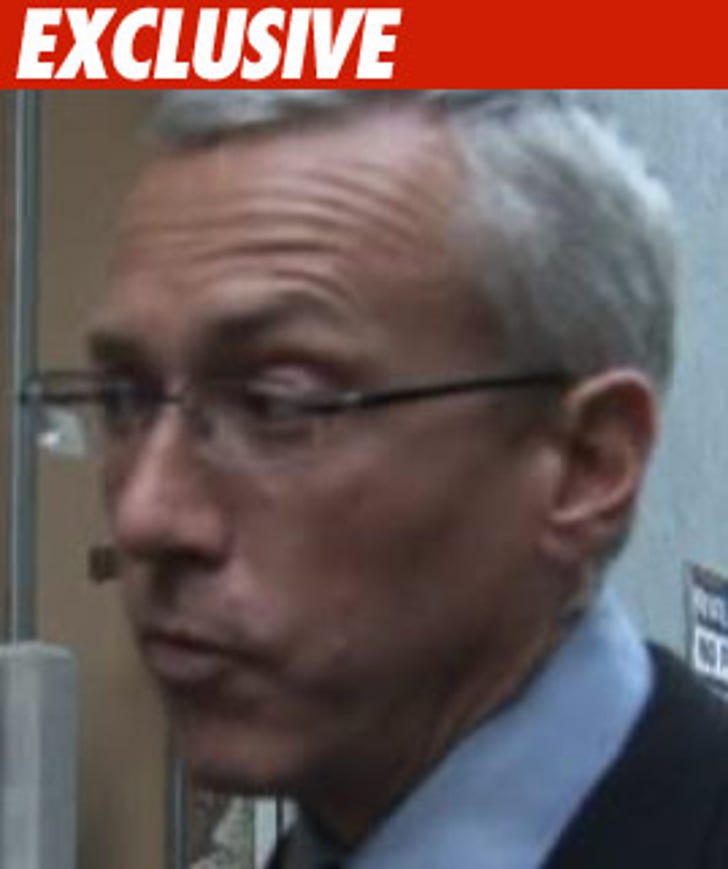 Dr. Drew Pinsky hired a team of cyber-security experts to monitor his alleged stalker -- and they're the ones who blew the whistle on the guy's whereabouts yesterday ... sources tell TMZ.

As we first reported, Charles Pearson posted a message on his website yesterday which described his exact whereabouts -- a computer station at the Pierce College library in Woodland Hills, CA.

We're told Dr. Drew's cyber-spies spotted the post and immediately contacted cops at the Pasadena Police Department ... who then alerted sheriff's deputies at the college.

Sources say a number of police officers and school security showed up to the library shortly after and cleared out a bunch of people.

When they finally made their move on Pearson, we're told he was very cooperative.