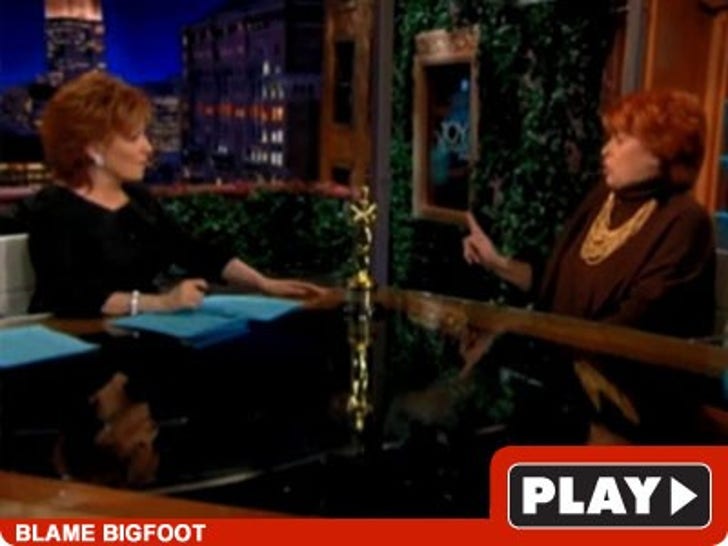 Elinor Burkett -- the redhead who infamously pulled a Kanye West at the Oscars -- claims she's only being painted as the bad guy because she was too damn slow to get to the stage.

In a moment of red-headed solidarity, Burkett agreed to tell her side of the story to Joy Behar, where she claimed Roger Ross Williams "bigfooted" her to the stage -- instead of waiting for her to join him so they could accept together.

Burkett -- who's name is on the Best Documentary Short award for "Music by Prudence" -- said she felt she had to butt in and hijack Williams' speech because he was only talking about himself ... and not giving proper due to the film's disabled star, Prudence Mabhena.

As for why she didn't just keep quiet, Burkett quipped, "I'm really not very good at keeping my mouth shut."