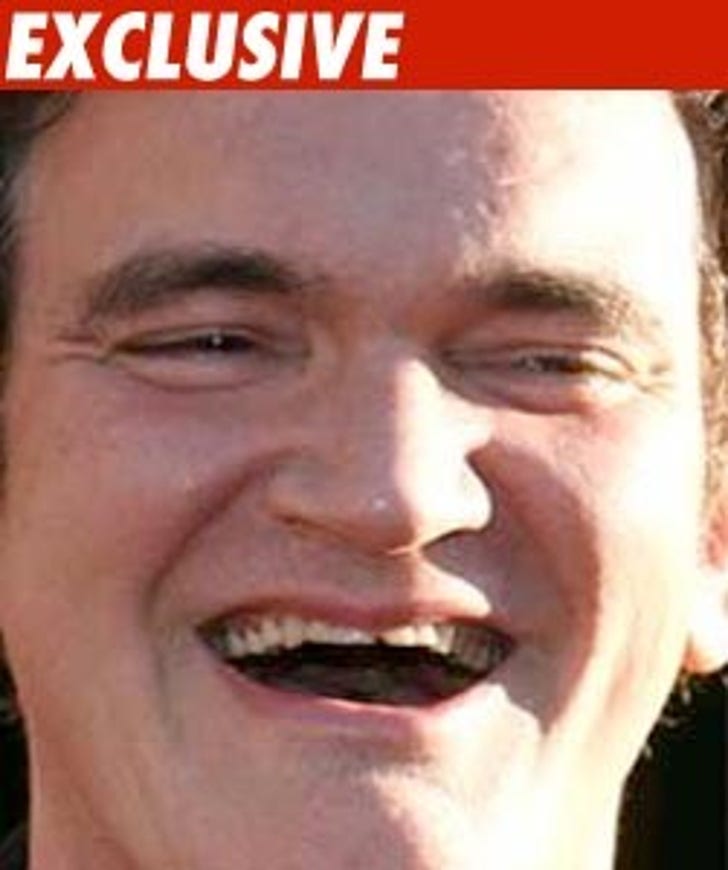 Quentin Tarantino -- fresh from his Oscar loss -- is now being sued by a man who claims Q.T. ripped off his concept to create "Kill Bill."

In a lawsuit filed today, Dannez Hunter claims in 1999 he submitted a treatment to Miramax about a fictional character named Ren. Short story -- he says eventually Miramax, Harvey Weinstein and Q.T. ripped off his work, including the "concept/character name Ren." He claims Q.T. pilfered Ren witnessing her mother's sadistic murder, the knife through the mother's abdomen, and on and on.

And there's this. Hunter, who says he was from the inner city, applied for a job at Miramax but "was never given a return phone call, as numerous similar situated less qualified Jewish and White people were bestowed job after job after job."

Hunter continues his Jews-run-Hollywood themed lawsuit by alleging he was denied royalties in the "Kill Bill" franchise compared to similarly situated Whites and Jews.