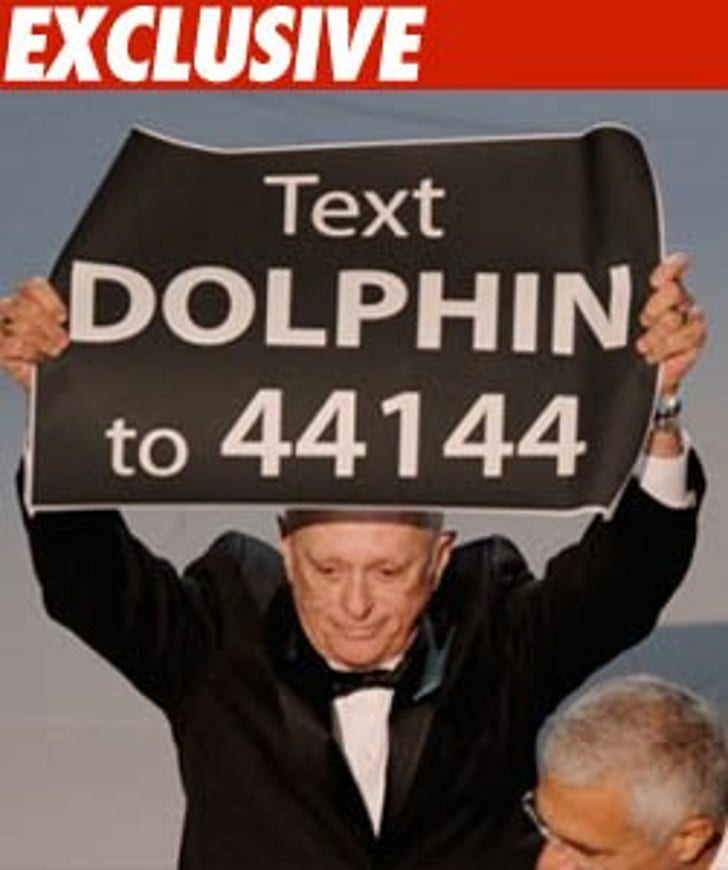 The guy who flashed the "Text Dolphin" sign at the Oscars nearly broke the organization he was trying to promote -- after a tidal wave of text messages almost took down the group's mobile server.

It all went down when one of the stars of "The Cove" tried to get some promotion for the TakePart dolphin-saving organization by flashing the sign during the Best Documentary acceptance speech -- it lasted two seconds before they cut away from the sign.

But TMZ has learned those two seconds of exposure triggered so many text messages -- the group's mobile service provider nearly went down.

The group claims they've doubled their membership in the two days following the awards.