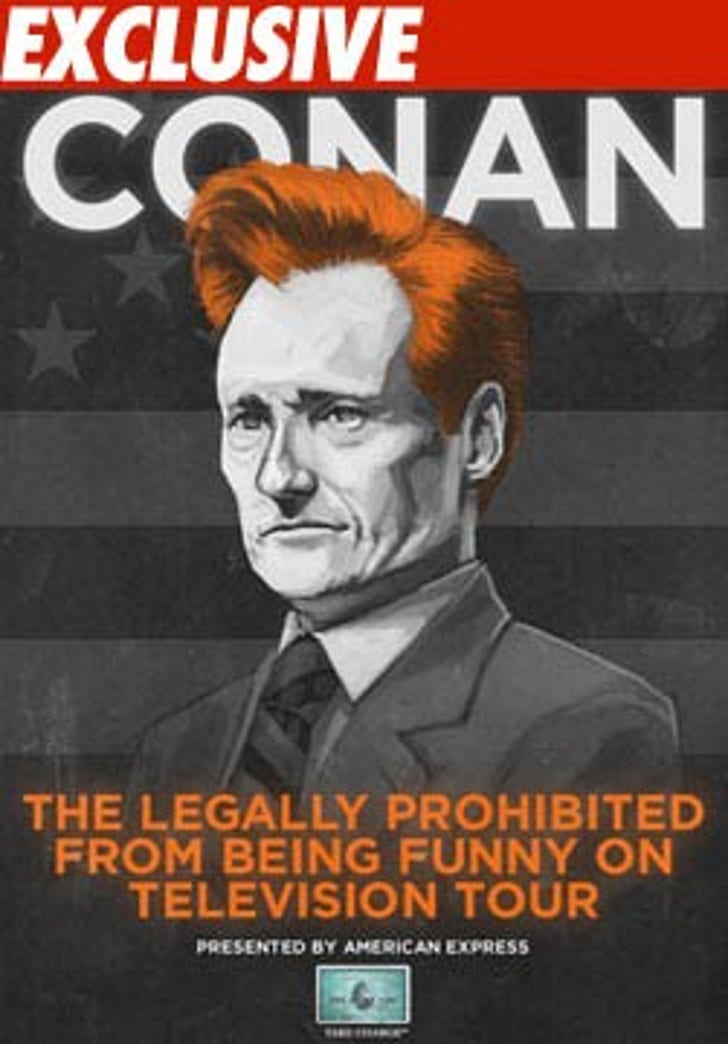 Conan O'Brien isn't making a single cent off his upcoming 30 city comedy tour -- sources tell TMZ that Coco is doing the whole thing so he can employ his former "Tonight Show" staff.

We're told roughly 40 people have been hired to work on the production -- many of whom are "Tonight Show" alums.

The move is no sweat off Conan's back -- dude scored a $32.5 million severance deal from NBC before they kicked him to the curb.

And more good news for the crew -- tickets to "The Legally Prohibited from Being Funny on Television Tour" are selling out so fast, more shows have already been added.