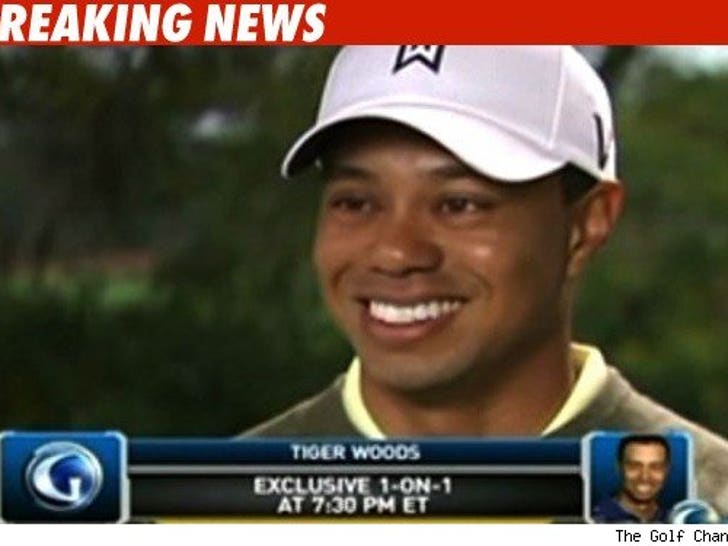 ESPN will air a one-on-one interview with Tiger Woods tonight. 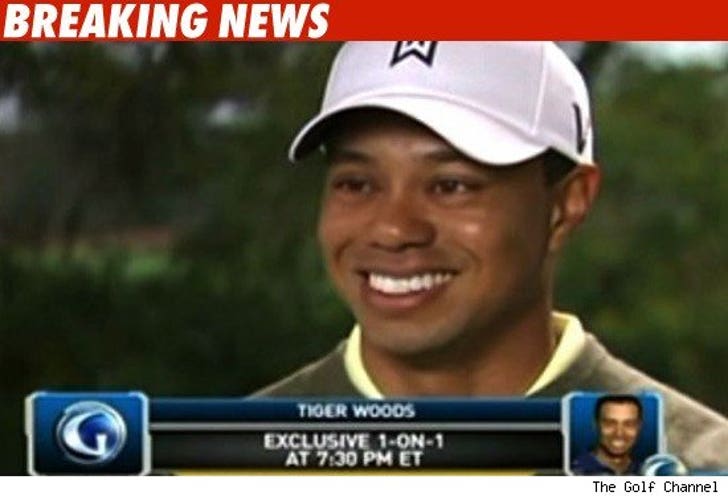 UPDATE: Looks like there might be TWO Tiger Woods interviews airing tonight at the same time -- one on ESPN and one on The Golf Channel.

UPDATE 2: Both ESPN and The Golf Channel have promoted the interview. ESPN said the interview was conducted this morning and their reporter was allowed to ask whatever questions he wanted. Woods answered some, declined others, but was cordial throughout.

Read some highlights of the interview after the jump ...

On why he got married:

Woods: "Why? 'Cause I loved her. I loved Elin with everything I have. And that's something that makes me feel even worse. That I did this to someone I loved that much."

On the depth of his infidelity:

Woods: "Well, just one is enough. Um, and obviously that wasn't the case, and I've made my mistakes. And as I've said, I've hurt so many people, and so many people I have to make an amends to, and that's living a life of amends."

On all that has happened over the past year:

On what happened the day of the car accident:

Woods: "Well you know it's all in the police report. Beyond that everything's between Elin and myself and that's private."

On why he didn't seek treatment before all the news broke:

Woods: "Well I didn't know I was that bad....stripping away denial, rationalization. You strip that away and you find the truth."

On the low points -- the moments of having to tell his wife and mother:

Woods: "They both have been brutal. They've both been very tough. Because I hurt them the most. Those are the two people in my life who I'm closest to and to say the things that I've done, truthfully to them, is...honestly was...very painful."

On what his measure of success will be at the Masters:

Woods: "Well, playing is one thing. I'm excited to get back and play, I'm excited to get to see the guys again. I really miss a lot of my friends out there. I miss competing. But still, I still have a lot more treatment to do, and just because I'm playing, doesn't mean I'm gonna stop going to treatment."

On the expected/hopeful reception from fans:

Woods: "I don't know. I don't know. I'm a little nervous about that to be honest with you...It would be nice to hear a couple claps here and there...but also hope they clap for birdies too (laughs)."