Gordon Ramsay ripped into one of his biggest TV chef rivals last night, hitting the "Naked Chef's" Jamie Oliver where it really hurts: His cooking.

Outside Mr. Chow on Tuesday, the "Hell's Kitchen" overlord engaged in some serious smack talk claiming the last time he complained about a meal was when he went to "Jamie Oliver's restaurant."

It ain't the first time Gordo has gone after Oliver. Last year he called the guy a "one pot wonder." 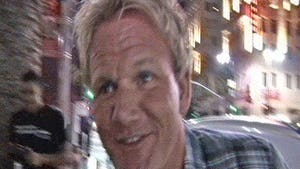