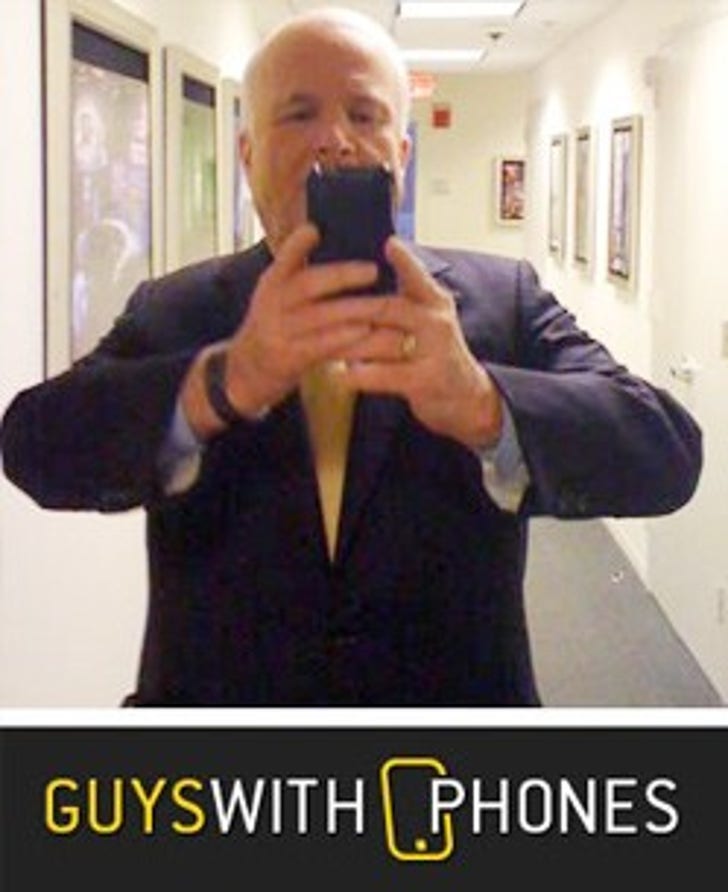 The "Maverick" was just tryin' to show the world that he could take a pic of himself on his iPhone -- when somebody ripped the image from his Twitter page and posted it on "Guys with iPhones" -- a website featuring men clutching their phones ... and often themselves.

But McCain's press secretary wants everyone to know, the Senator is definitely not responsible for uploading his face next to all those heads ... telling us John "did not post on said website."

McCain's rep added, "As I'm sure you are aware, once something is posted [on the Internet] we no longer have control of how the photo is used."