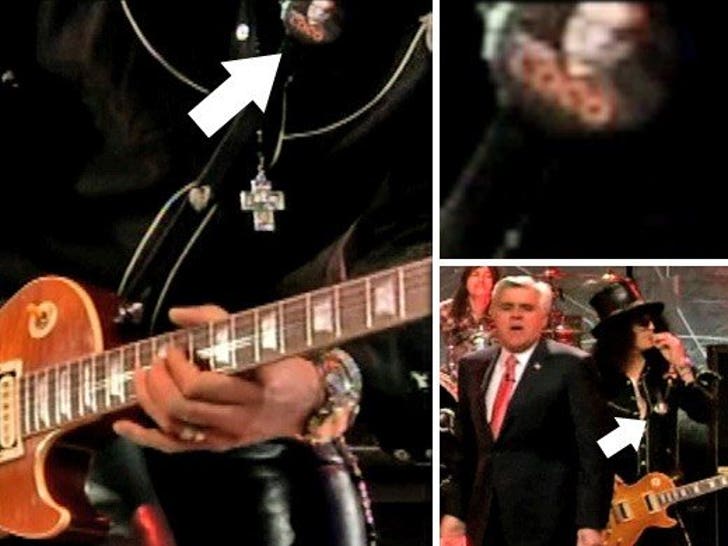 Slash pulled off the ultimate act of defiance on "The Tonight Show with Jay Leno" last night -- dude rocked a Team Coco pin on the air during his performance at the end of the show! 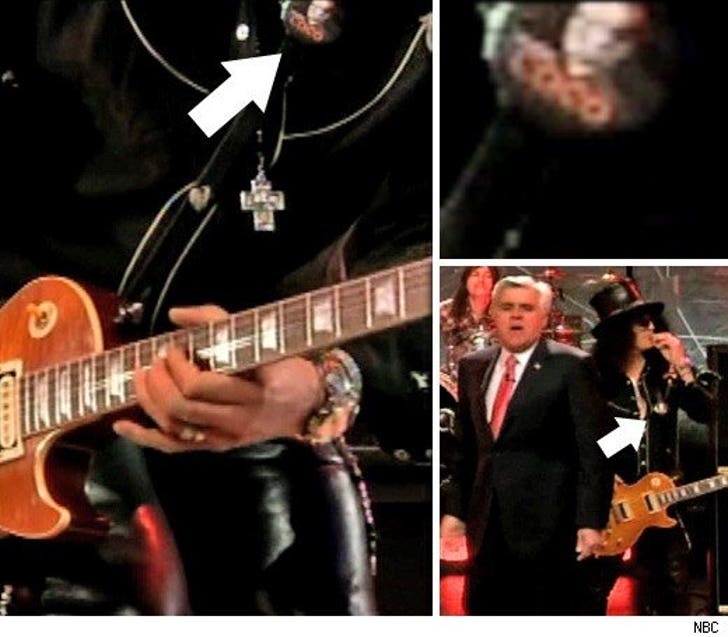 Though it appears NBC tried to edit around the Conan O'Brien support symbol, a few shots of the pin still managed to make air.

No word if Jay even noticed.