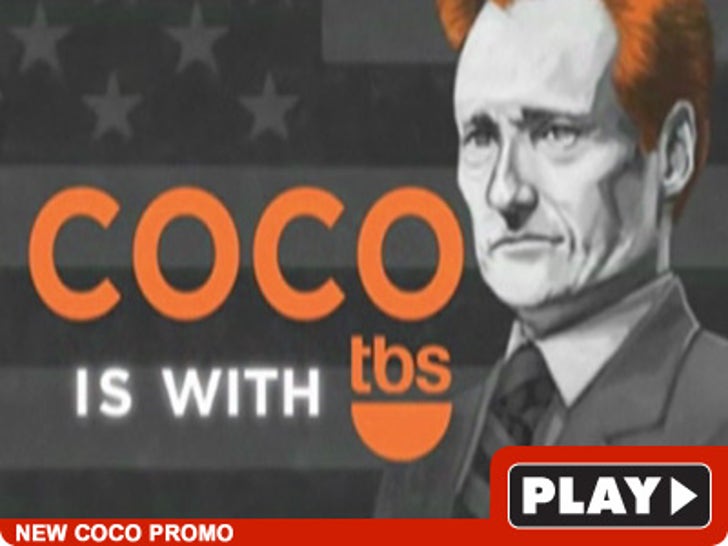 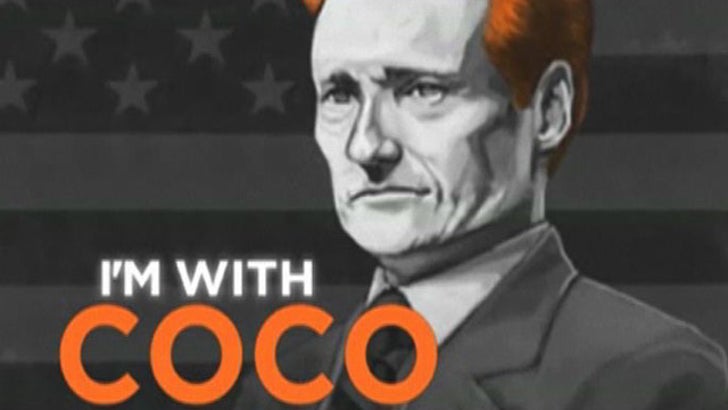 The spot features the infamous "I'm With Coco" artwork proudly adopted by O'Brien fans when he got booted from NBC -- but according to the artist, Mike Mitchell, nobody called to ask him for permission to use the image until 9 PM Sunday night.

Mitchell says he was given less than an hour to make up his mind, but he ultimately agreed. No word on how much green he made on the deal.

As for what he thinks of Conan's new gig, Mitchell tells us, “I think it’s great he’s going to be on TV again ... but I don’t have cable.” 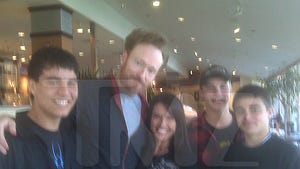 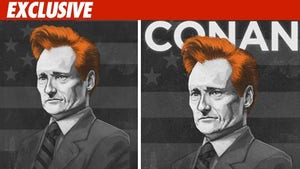 I'm With CoCo Artist: My Life Has Totally Changed