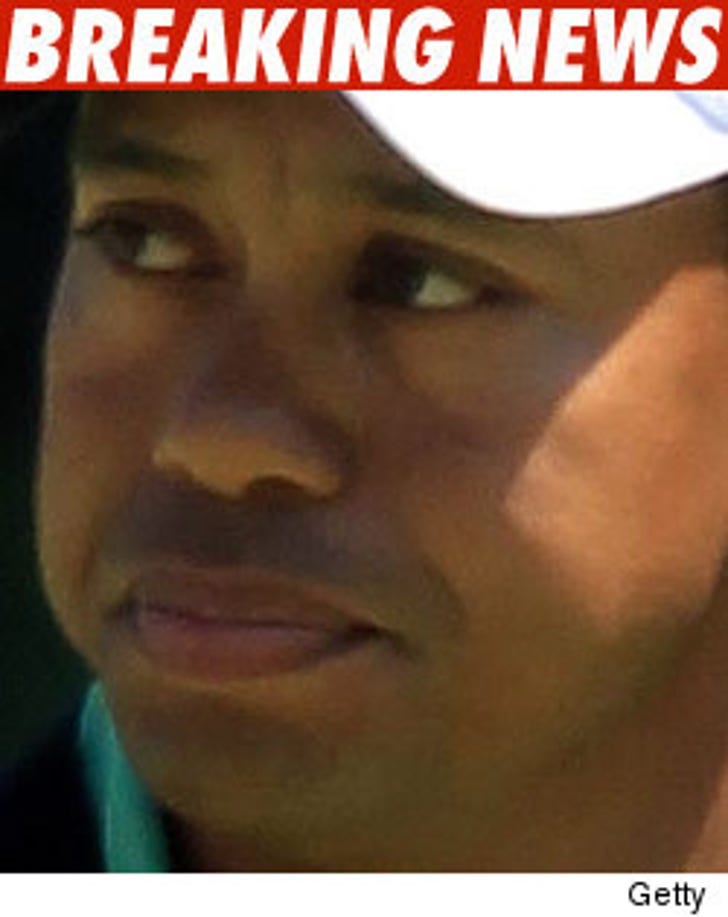 Tiger Woods claims he was pleasantly surprised by the way fans treated him in his return to golf -- claiming the support at the Masters actually "helped" him on the course.

Tiger just posted the message on his blog, in which he says, "I honestly didn't know what to expect from the fans, but they wereabsolutely incredible from Monday through Sunday.

He added, "It was unreal. Theydefinitely helped me mentally to be more comfortable out there. I washoping for the best. To get that type of warmth is something I did notexpect and will never forget."

Check out the entire unedited blog entry after the jump.

"I have to say it felt great to return to competition at theMasters Tournament. To actually contend in a major on the back nineSunday and tie for fourth with very little preparation, with all thathas transpired in my life, was pretty cool.

I honestly didn't know what to expect from the fans, but they wereabsolutely incredible from Monday through Sunday. It was unreal. Theydefinitely helped me mentally to be more comfortable out there. I washoping for the best. To get that type of warmth is something I did notexpect and will never forget.

It also felt great to be in thehunt again, but unfortunately, I didn't have my game. I knew I neededto make a run, but I just didn't have one in me. I had a terriblewarm-up session Sunday, and it carried over to the first tee.

Asfar as competing, it was just like riding a bike again. Once thetournament came, everything felt normal, and I fell into my old rhythmand routine. I didn't even think about it; it just happened. My bodyknew what to do.

I tried and wanted to interact with as manyfans as I could. One little girl gave me a letter on the third tee,which was awfully sweet. I knew a few people in the gallery, includingmy mom, which was nice.

It was also great to see all the guys.They had been asked a lot of questions in my absence and handled thedistractions very well. I appreciate their support, but it felt good totry and beat them again.

I received some criticism for badlanguage, which I apologized for immediately after Saturday's round.It's tough when you're in a competitive environment and in the flow ofa tournament. I'm not perfect. All I can say is I'm trying to doeverything I can without losing my fire and competitive spirit.

Althoughit was my first tournament using all V-grooves, it was a seamlesstransition. I played V-grooves in all my irons except my sand wedges atThe Presidents Cup and for the remainder of the year, so it was apretty easy change. I didn't have much trouble adjusting to the sandwedges because I have the softest ball on the PGA Tour.

Before Istop talking about the Masters, I want to congratulate Phil Mickelsonon the win and for all it means to him, Amy and the entire Mickelsonfamily. They have really gone through a lot this year, and I wish themgood health from now on.

I hear Lorena Ochoa is retiring fromprofessional golf. Although we never played together, I met her severaltimes, and she is a wonderful person and a great champion. The game ofgolf is definitely going to miss her. I hope she decides to stayinvolved in one form or another.

I also heard that the U.S. Openat Pebble Beach this year will be televised in prime time on theweekend. I think the last time NBC did it was at Torrey Pines in 2008,and the ratings were pretty good. The only time we can be on prime timeis when the tournament is held on the West Coast, so we might as welltake advantage of it. I think it's great for golf.

Earlier thisweek, I committed to THE PLAYERS Championship and the AT&TNational. Obviously, that's earlier than usual. The PGA Tour asked meto commit earlier if I could to help the tournaments with theirplanning and security. I completely understand and know they're tryingto help out me and the other players. Whenever possible, I willcontinue to do this going forward.

Next week, I return tocompetition at the Quail Hollow Championship in North Carolina. QuailHollow Club is one of my favorite courses on tour. It's traditional,right in front of you, difficult, and you have to shape shots bothways. I managed to win there in 2007 and look forward to going back.

Itook a little time off after the Masters to go scuba diving and spendtime with my family. But I did enjoy a fun round of golf with my friendJohn Cook at Isleworth Country Club. I double-eagled the par-5 17thhole -- the third of my life -- with a 5-wood and shot 63, so my gameis improving.

Finally, special thanks to all my fans for their well wishes and support. It means more than you know.

Talk to you again soon."