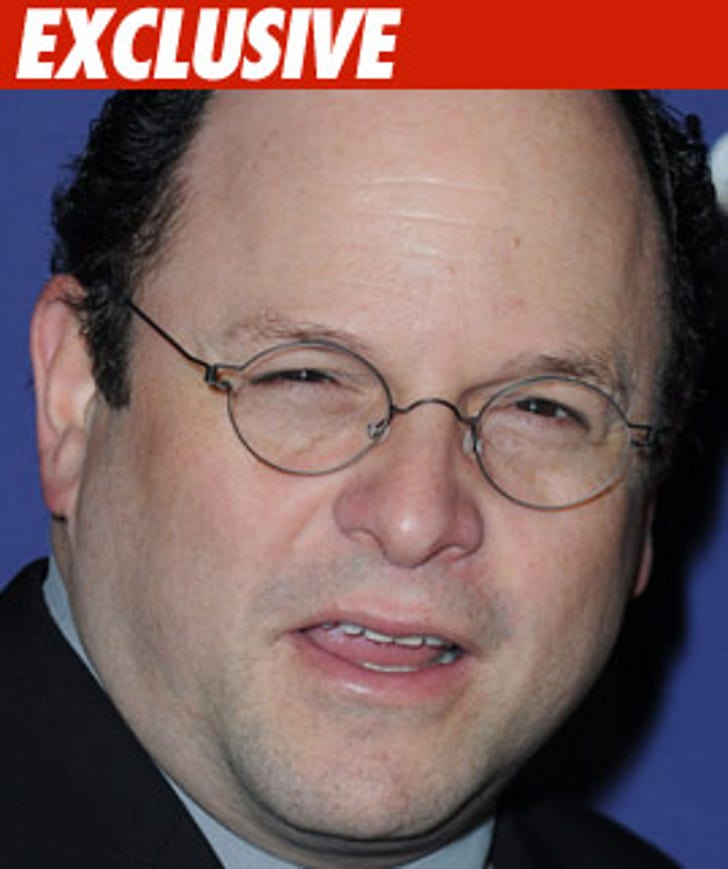 UPDATE: Law enforcement sources tell TMZ Alexander was not "at fault" for the accident.

As for the condition of the kid, we're told he has a slight laceration on his head -- but he'll be OK.

TMZ has learned "Seinfeld" star Jason Alexander was involved in a car vs. bicycle collision in L.A. this morning -- but fortunately, no one suffered any major injuries.

Law enforcement sources tell us the bike rider is a 14-year-old boy who was on his way to school -- when he collided with Alexander's vehicle.

We're told the kid fell off his bike and suffered a few bumps and bruises. An ambulance arrived to the scene -- but the kid's parents decided they wanted to drive him to the hospital for evaluation.

We're told speed was not a factor in the collision -- neither were drugs or alcohol. Jason was not cited for the incident.

We're told Alexander "acted responsibly" after the crash -- and exchanged information with the kid's parents.

We spoke to Alexander's rep, who told us "Jason stayed with the cyclist until the paramedics and police arrived and all indications are that the injury was minor."