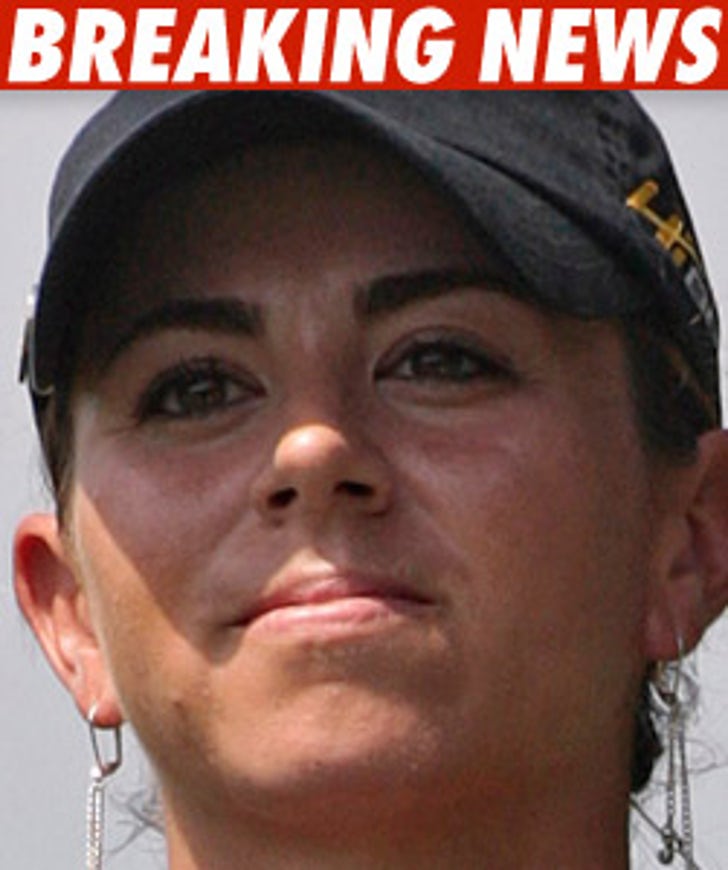 25-year-old LPGA golfer Erica Blasberg was found dead at her home in Nevada, this according to local police.

According to law enforcement sources, the cause of death has not yet been determined -- but officials are currently conducting a "death investigation."

Blasberg was named Golfweek's 2003 College Player of the Year after finishing the season No. 1 in the rankings.

"We are devastated to learn of the passing of Erica Blasberg. To most of the world, Erica was known as a professional golfer, but she was more than that. She was a loving daughter to her parents and a compassionate and loyal friend. Erica had a good heart, was extremely kind and very thankful for what she had in her life."

Callahan continues, "She lived out her dream of playing professionalgolf on the highest level on the LPGA Tour, allowing her to helpinspire others. We are proud of Erica for everything she accomplished.This is a painful loss, we feel it in our hearts and we will miss her.Erica would want those close to her to celebrate the life she lived. Weask that you keep Erica and her family in your prayers."