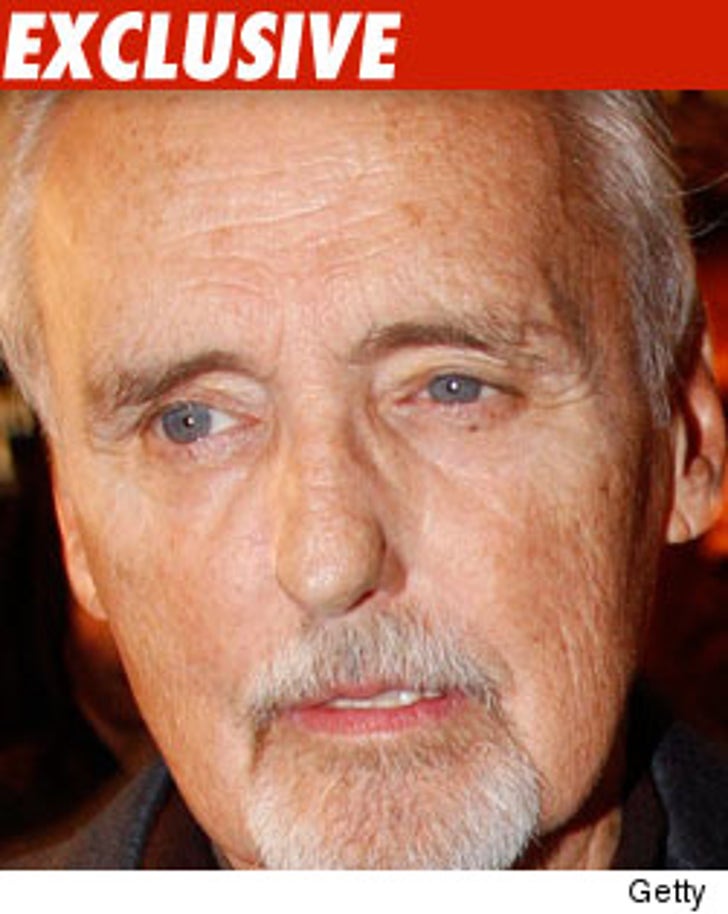 Dennis Hopper's estranged wife filed legal docs, claiming the actor is not as infirmed as he claims to be.

Victoria Hopper's lawyer, Mirka Royston from Trope and Trope, argues that Dennis is not fully leveling with the court when he says he's too ill to sit for a deposition in the divorce case.

Royston claims Dennis has traveled by private jet to New Mexico, accepted a star on the Hollywood Walk of Fame, and makes medical marijuana runs every week.

Royston claims -- although Dennis is terminally ill with cancer -- he should be required to sit for his depo so Victoria can establish a record before he passes.

Interesting note -- the docs say Dennis spends anywhere from $329 to $713 at marijuana shops each week.