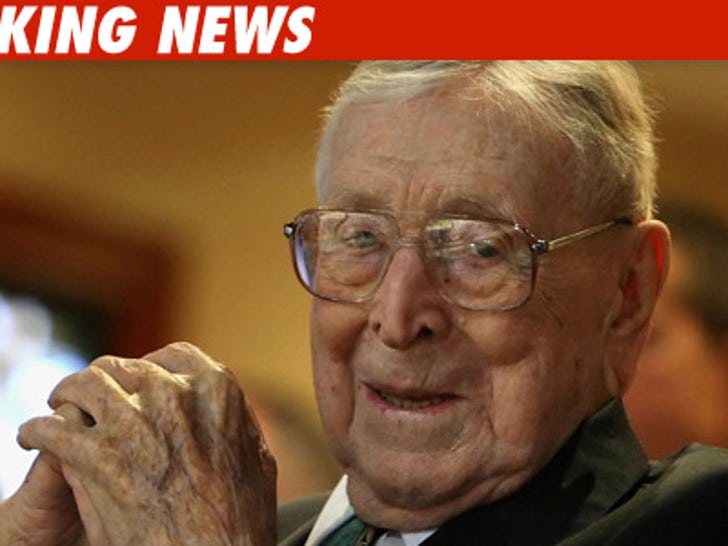 John Wooden, the most successful basketball coach in NCAA history, died of natural causes today ... he was 99 years old. 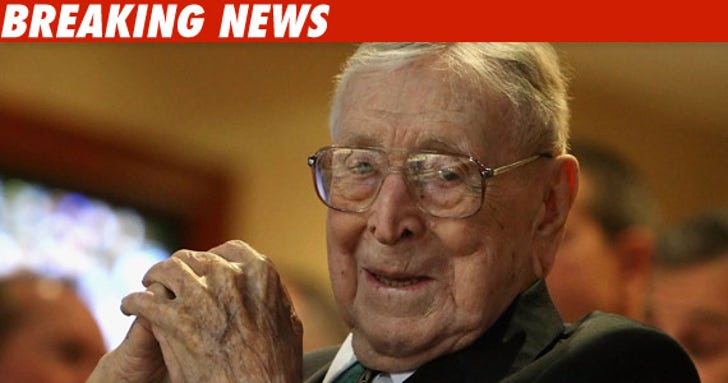 Wooden won 10 national championships at UCLA in the '60s and '70s -- more than earning his legendary nickname, the Wizard of Westwood.

University officials said Wooden died at Ronald Reagan UCLA Medical Center where he had been hospitalized since last week.

Wooden coached future Hall of Fame players like Kareem Abdul-Jabbar and Bill Walton -- and his Bruins teams are recognized as one of sport's greatest dynasties. He won 7 NCAA Championships in a row from 1967 to 1973.

The Wizard is in the Hall of Fame as a player and a coach.