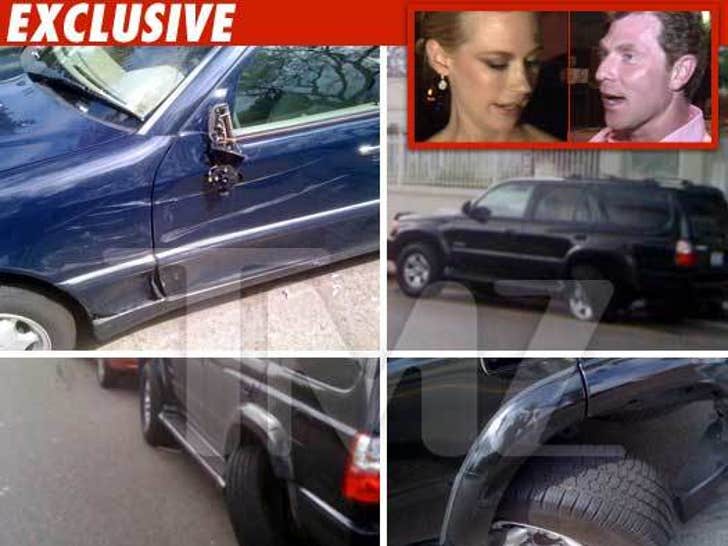 TMZ has learned January Jones' car accident is way more involved than we first heard ... and it may involve alcohol and even a special appearance by Bobby Flay. 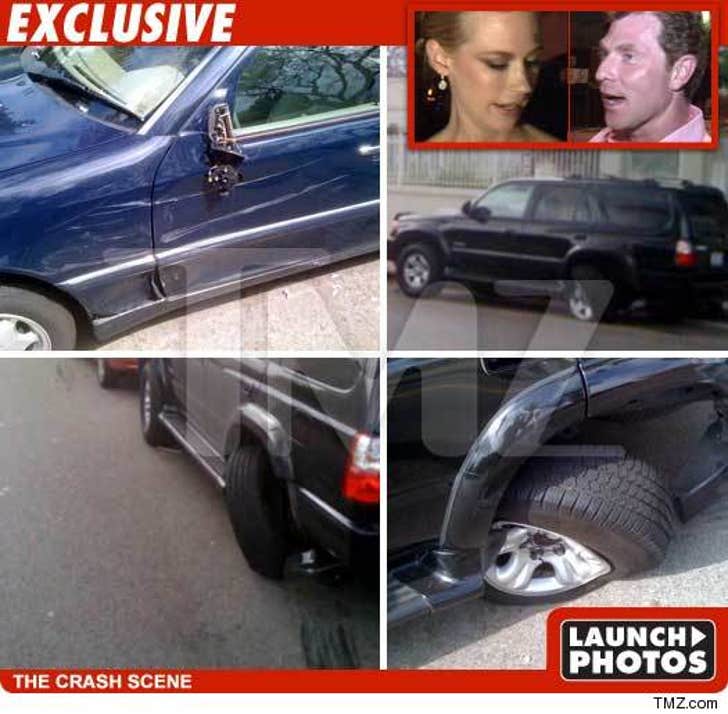 As we first reported Jones was driving home last night when her car struck 3 parked vehicles. She left her license with a witness, walked a short distance to her home, called 911 and eventually returned to the scene. Jones told cops paparazzi were following her and that's why she crashed. Cops did not administer a field sobriety test -- we were told because there was no evidence of alcohol.

But now we're getting a more involved story. A woman who owns one of the cars that was hit tells TMZ ... she heard the crash, looked over her balcony and saw Jones. She says around 10 minutes after the crash, Food Network star Bobby Flay showed up in a separate car, began talking with her and telling her to leave the scene, which she did.

We spoke with Flay, who tells us he was watching the basketball game last night at The London West Hollywood Hotel with a group of people that included Jones. Flay says he saw her drink a beer but wasn't really watching her alcohol intake. Flay says he had only met Jones once before, and last night she asked for his number because she wanted to redo her kitchen and give his number to her designer. Flay obliged, and says he doesn't know why Jones chose to call him after the crash, but nonetheless he drove over to help her. He says he did not argue but just wanted to make sure she was ok.

The witness at the scene tells TMZ she was face-to-face with Jones and smelled alcohol on her breath. The witness says Jones left her driver's license with another resident and left. She returned 45 minutes later in a different set of clothes, chewing gum.

The witness says she asked cops if they were going to administer a field sobriety test, but a cop told her there was no point since she could have had a drink at home and there was no way of proving she was under the influence when she was behind the wheel. Cops confirm there is no way to pin drinking and driving on someone who leaves the scene and comes back.

As for being chased by the paparazzi ... none of the witnesses we spoke with saw any photogs at the scene, and no pictures have surfaced that show the scene immediately after the crash. The pics you see in this post were taken many hours later.

Jones' reps have not returned our calls.

UPDATE: An LAPD spokesperson just told TMZ ... Jones was being followed by two paparazzi and it was not a case of hit-and-run, adding "She wasn't under the influence of anything. No one got hurt. There is no investigation." 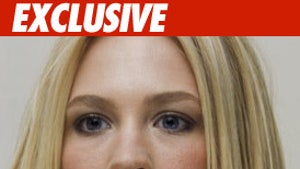