The people suing Lindsay Lohan over the 2007 chase on Pacific Coast Highway want the jury to know Lindsay was under the influence of two different types of cocaine during the wild ride ... this according to documents obtained by TMZ.

The lawyer for Tracie Rice wants the judge to tell the jury the following -- Lindsay was under the influence of coke during the chase; Sheriff's deputies found coke in her pants pocket; The coke belonged to Lindsay; Her urine sample found two types of coke.

Rice's lawyer also says, if the judge is unwilling to tell the jury about Lindsay's cocaine use, then Lindsay should be prohibited from claiming she did not ingest or possess cocaine on the night in question.

Lohan refused to answer questions about her drug use the night of the chase, asserting her Fifth Amendment privilege against self-incrimination. 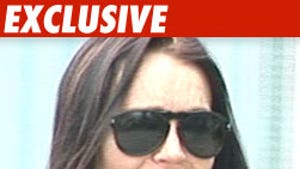