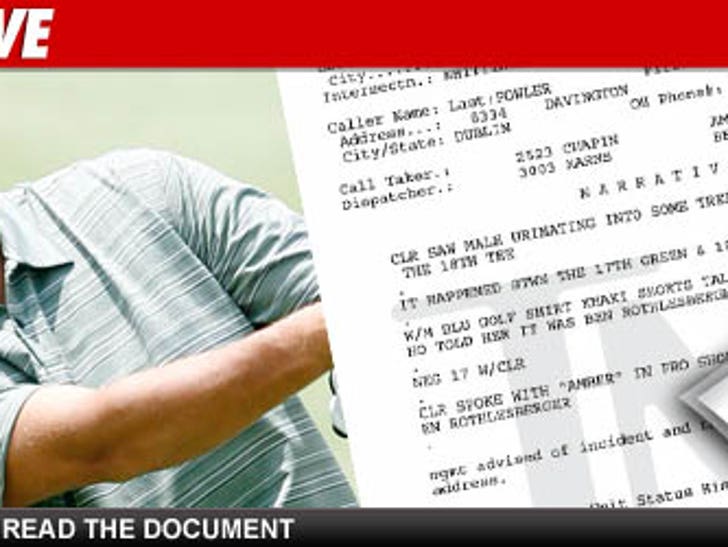 TMZ has obtained a report from police in Dublin, Ohio which shows Ben Roethlisberger was investigated for allegedly peeing in public at a local golf course this past Friday. 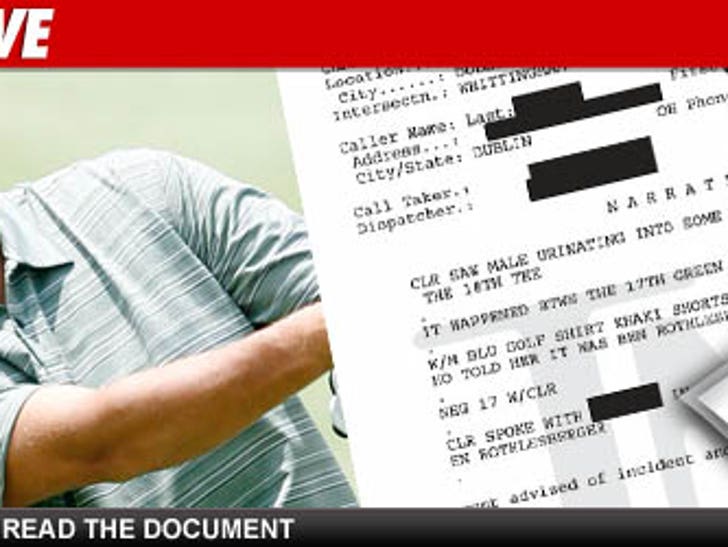 According to the report, a woman named Nan Fowler phoned the pro shop at the Country Club at Muirfield Village around 6:53 PM and complained that a white, tall male -- sporting a blue golf shirt and khaki shorts -- was "urinating into some trees."

The report states that Nan was informed by the woman at the pro shop that the person who fit that description was Big Ben. Nan then called police and told them that the NFL star was peeing in public.

Cops eventually arrived to the scene and spoke with country club management -- and later determined that no crime had been committed. Sources connected to the investigation tell us cops never interacted with Roethlisberger -- because Ben was "long gone" by the time authorities had arrived.

TMZ spoke with reps at Muirfield who tell us, "We had a full slate of golfers that day ... it may have been anyone."

Of course, this isn't the first time Ben's penis has been at the center of controversy -- earlier this year, he was accused of raping a young woman inside a nightclub bathroom. That case was ultimately dropped after investigators determined there wasn't enough evidence to proceed.