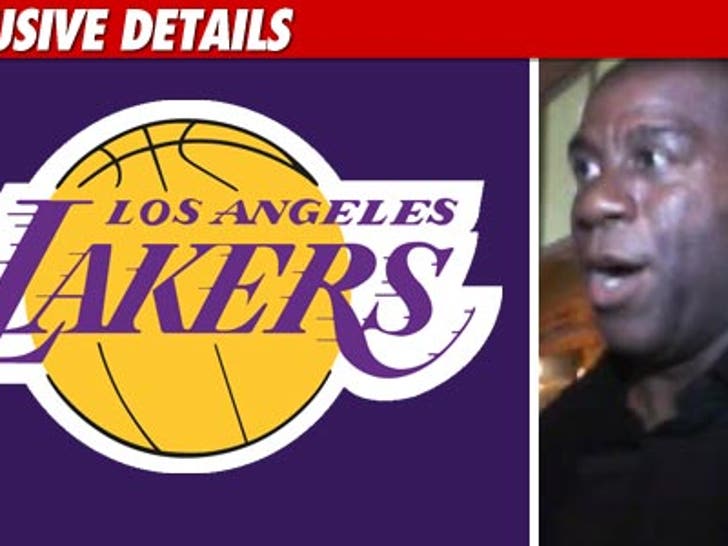 Magic Johnson was literally walkin' on air while selling his 5% ownership stake in the Los Angeles Lakers -- TMZ has learned dude signed off on the multi-million dollar deal while aboard his private jet. 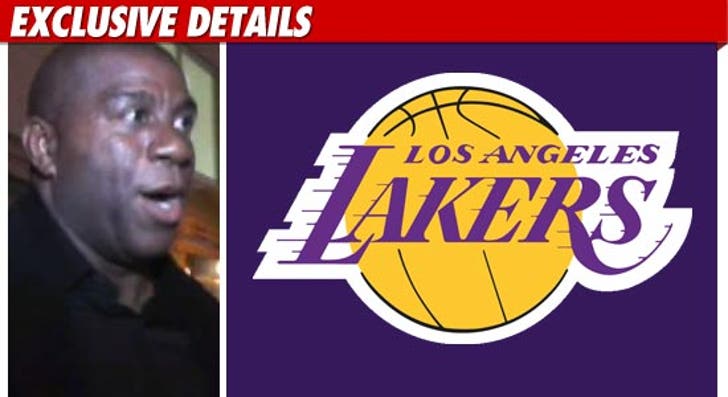 Sources close to the NBA legend tell us Magic was on a sky phone on Friday -- en route to a YMCA event in Hartford, CT -- while he closed the deal ... worth approximately $35 million.

After Magic touched down, Johnson's agent Darren Prince tells us the Hall-of-Famer donated two pairs of his Lakers courtside seats -- for 2 regular season games -- along with signed jerseys and raised $48,000 for the organization.

Not a bad day. 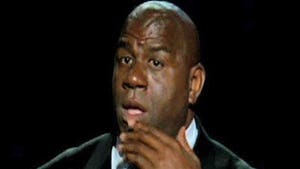