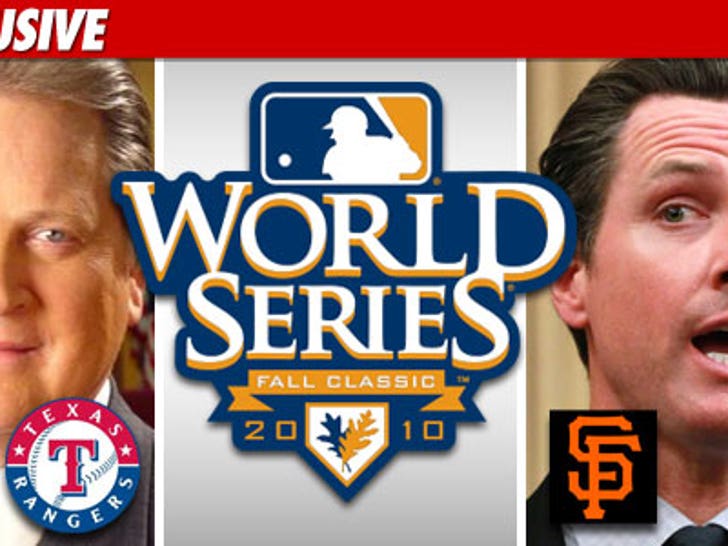 The Commissioner's Trophy isn't the only thing on the line when the Texas Rangers play the San Francisco Giants in the 2010 World Series -- two hometown mayors have each stepped up to the plate to make a serious bet on the outcome. 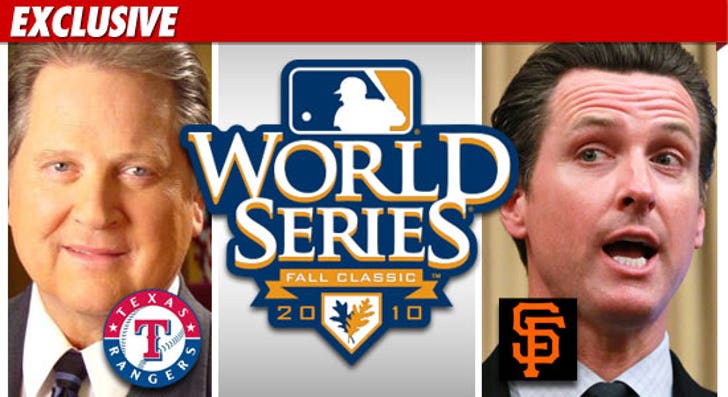 TMZ has learned ... San Francisco Mayor Gavin Newsom (right) and the mayor of Arlington, TX, Robert Cluck (left), have agreed to make a wager on the series.

Here's the deal -- each mayor has agreed that the loser will provide a day of community service in the winner's town while wearing a jersey of the winning team.

If Texas loses, Cluck has agreed to ship over BBQ food from a local joint called Spring Creek BBQ ... said to be the best in TX.

Game 1 is set for tomorrow night.