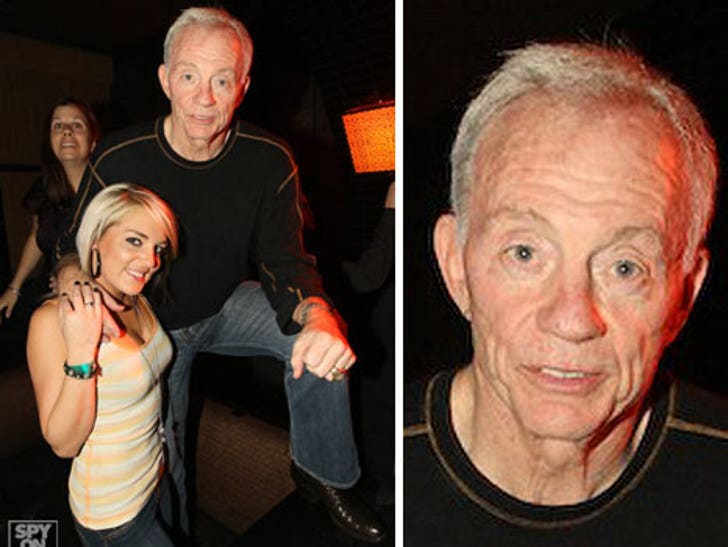 Just days after firing his head coach ... and watching his season go down in flames ... Dallas Cowboys owner Jerry Jones plotted his next move -- partying with young chicks at a Vegas nightclub. 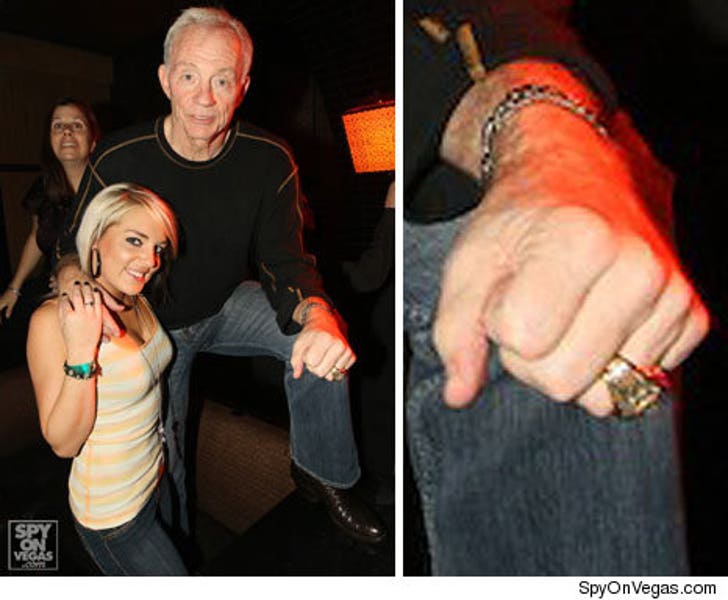 Jones -- wearing what appears to be a Super Bowl ring -- hit the Lavo nightclub in the Venetian Hotel last night and posed for a photo for our pals at SpyOnVegas.com.

For the first time this season -- he must feel lucky.